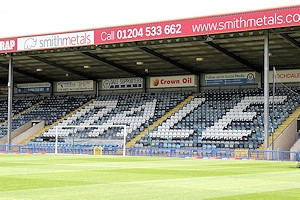 Rochdale AFC has donated two tickets to Rochdale Online to give to a reader for their home game against Coventry City on Saturday 22 February 2020.

Rochdale travelled to Birmingham to play Coventry at St. Andrew's Stadium in November but were on the wrong end of a 2-1 scoreline that day.

Closing date for this competition was midnight on 19 February 2020.