You are Here: Home » News » Business News » The Baum under new management

The Baum under new management 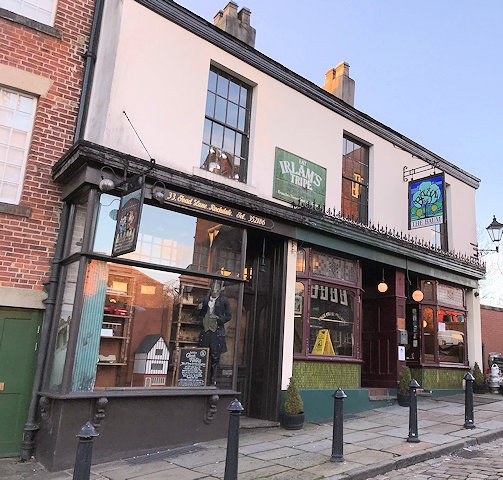 The Baum has today (8 January) been taken over by new management.

Jon Hudson has left his post as general manager of the Flying Horse Hotel as he takes on a new role as landlord of The Baum.

Landlords of The Flying Horse, Benjamin Boothman and Craig Richardson, are backing Jon as directors of The Baum.

Jon Hudson, new landlord of the pub on Toad Lane, said: “It has been an absolute rollercoaster of a ride over the last 10 years at The Flying Horse, achieving things that I never thought possible all those years ago. My mission now is to restore a great pub to its former glory and greatness.

“We’re not changing anything, everything will be staying the same. We’re just making some behind the scenes improvements that customers might not essentially see, but that will make the product better.

“I want to invite old customers and new to see the improvements in a place where they will hopefully enjoy their time for many years to come in one of Rochdale’s finest local pubs.”

Ben Boothman said: “We want people to know that we’re not changing anything that made the Baum what it is and that’s a great real ale pub.

“The only reason we are shut for a few days is to replace and make essential repairs that will bring the business back up to current standards.

“All the staff will remain, and we will run the same menu for the time being using the same local suppliers.

“Thank you to all the staff at the Baum who have made this transition so easy.”

The Baum will re-open to the public on Saturday 12 January.

Submit your business to Rochdale Online. It's free to be listed and it only takes two minutes to send your details.
Win tickets to The Gin Society Festival