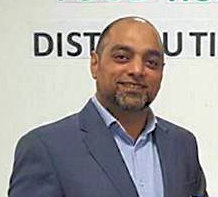 A Rochdale businessman and charity co-founder has been shortlisted in the Spirit of Britain category at this year’s British Muslim Awards.

Nasim Ashraf, who has been running his IT company, iiPlus, from Drake Street since 2014, has been named as one of 300 finalists for the British Muslim Awards, which will take place in Bradford on 30 January.

The seventh British Muslim Awards will be held at The Bradford Hotel where some of the most accomplished and influential individuals will gather for a glamorous night to celebrate their success.

The awards exist to recognise a wide range of achievements from outstanding individuals across the UK who positively impact business, charity, sport, arts, culture, religious advocacy, education and medicine among others.

Mr Ashraf, who co-founded the UK Education & Faith Foundation (UKEFF) charity in Oldham, says he has been inundated with ‘thousands of messages of love and compassion’ for bringing mosques and churches together during last year’s winter spell when temperatures plummeted.

Doors were opened for the homeless, the lonely and the destitute, offering emergency hot meals, emergency food parcels, a warm place to stay and a set of clean clothes.

He said: “Charity begins at home and we are the very fabric of Britain. Our loyalty, our struggle and our energy must be directed here on our doorstep to remove destitution.”

UKEFF has been running from The Unitarian Chapel for over four years on a self-funded and self-referral basis, serving up to 150 people per week from Oldham, Rochdale and surrounding areas.