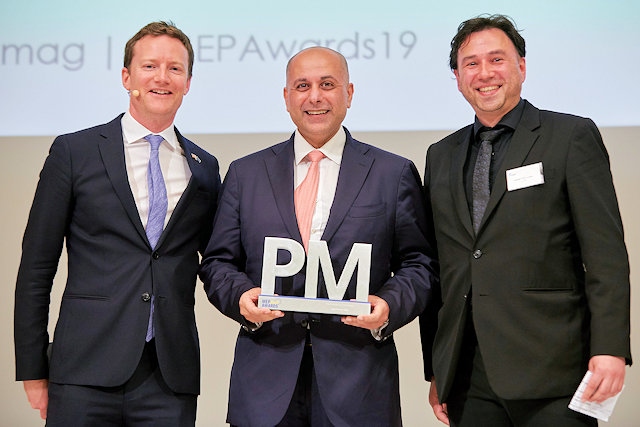 The Chair of the European Parliament’s South Asia Trade Monitoring Committee was one of three candidates nominated for the prestigious Parliament Magazine's MEP awards, which is recognised as honouring movers & shakers in the EU scene, in this case, for his work on International Trade.

The prize was presented to him at an awards ceremony in Brussels on 20 March, where a host of other influential MEPs were honoured, including the European Parliament’s Brexit Coordinator, Guy Verhofstadt and Axel Voss, a MEP who the British MEP has worked with extensively on the EU’s Copyright Directive.

Sajjad has worked on International Trade since his election to the Parliament in 2004, establishing himself as a defender of free and values-based trade built upon European values. He has led numerous trade missions on behalf of the Parliament in his 15 years as a MEP and is now recognised as a trade expert within the institution, becoming synonymous with championing trade between the EU and the wider world, and trade enhancing internal EU reform.

His achievements in International Trade to date include acting as spokesperson to the WTO, the reinstatement of GSP for Sri Lanka, reforms to Bangladesh’s garments industry safety, rapporteur on numerous policy setting files, including audit reform, and guiding the International Trade Committee towards the adoption of a preferential trade package for Pakistan.

He has also been a leading proponent of human rights conditions in trade agreements whilst working as the Parliament’s original rapporteur for an EU-India Free Trade Agreement, as well as securing a new Impact Assessment Unit and exemptions for SMEs.

As Chair of the Parliament’s Delegation for Relations with the South Caucasus, he has also had a significant impact on trade within the region, successfully contributing to the establishment of the Comprehensive and Enhanced Partnership Agreement with Armenia and its GSP+ trading regime. He is now helping finalise the negotiations on a new comprehensive agreement with Azerbaijan and has been monitoring & guiding the implementation of the Association Agreement with Georgia, which includes a Deep & Comprehensive Free Trade Agreement component.

Speaking in Brussels, Sajjad said: “I am absolutely delighted and honoured to have won such a prestigious prize and it fills me with great pride to know that all my efforts over the years have not gone unnoticed. The competition in all categories is very high each year, so as you can imagine I am thrilled to be presented this award. To receive this award at this moment in time too is really particularly sweet.

“I would like to thank everyone who has helped me over the years to get to this stage, because without them this would not have been possible.

“When dealing with trade related issues, I have always sought the best possible outcome at all times for my constituents in the North West, as well as the rest of the UK and EU. The benefits of international trade for the prosperity and well-being of our country and continent are far-reaching and cannot be downplayed. Whether we are in or out of the EU, the UK will continue to be a leading proponent of international trade and I hope that I can continue my contribution towards this.”

If you're looking for new staff, you can advertise a job vacancy with us for 30 days for just £75 +VAT. Use our online form to create your ad.
Win tickets to The Gin Society Festival