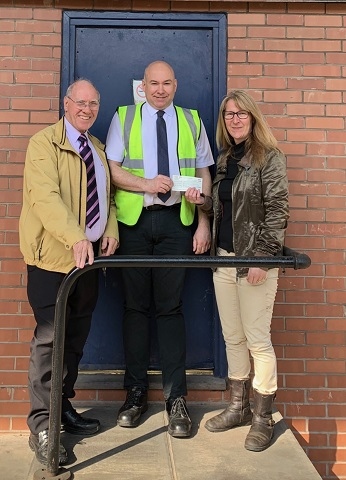 The organisers of Heywood Charities Fete have announced the first commercial sponsor of this year's event.

Robert Scott & Sons Ltd have pledged their support and have agreed to once again fund the traditional Punch & Judy show for children in the park.

Robert Scott's whose base is on Miller Street in Heywood is run by Operations Director Daniel Scott. Speaking of the company's sponsorship, Daniel said: "We are always happy to support this event. The Charities Fete and Parade are an important part of the town's calendar and this our way of giving back to the community in which we are based."

This year's fete and parade will be held on Sunday 1 September. Last year's Fete made over £5,000 which was distributed to local good causes throughout Heywood.

Fete Chairman John Heyworth said: "Last year we raised a lot of money and had a very successful day, this year with the continued support of local people and businesses we are aiming to raise even more for the community to benefit."

Any groups wishing to join the parade, which this year has a music theme, or wanting to have stall in the park should contact George Kinder on 07711 030935, email kindergrk@btinternet.com or Janice Brooks on 07813 776683, email janicels@hotmail.com