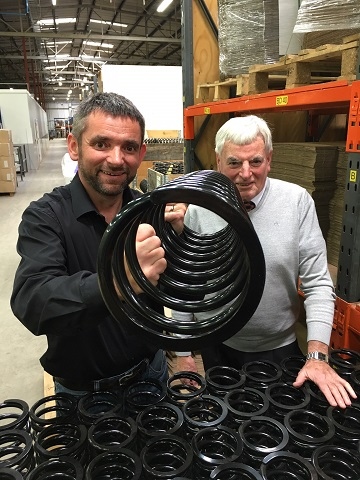 A Rochdale manufacturer is on course for record turnover as its spring technology is being used to make buildings more resilient to earthquakes.

Hanson Springs was founded in Rochdale in 1963 by current managing director Malcolm Hanson and has traditionally supplied springs to the oil, gas, nuclear, power generation and railway industries.

The company's £12m investment in new plant and machinery in recent years has paid dividends as its vibration springs are being used in buildings in earthquake zones or close to high speed trains and trams. 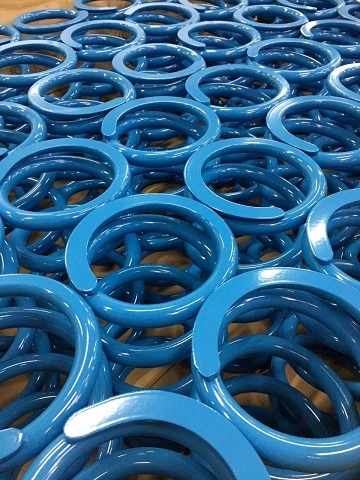 The collapse of structures is the biggest cause of earthquake-related deaths, but by using a system of springs or bearings to effectively float the building above its foundation, the structures are better able to withstand seismic shifts.

The same technology is being used to reduce the vibrations felt in buildings close to trains and trams.

Demand for the vibration springs is being credited with a predicted 17 per cent growth in turnover from £24m to £28m to the 12 months to November 2019.

Malcolm Hanson, who was just 18 when he founded Hanson Springs 56 years ago, said the strong performance was reward for the company's decision to expand into new product lines so they were less reliant on the oil industry, which can be volatile.

He said: "Hanson Springs is one of the world's largest independent valve spring manufacturers but our decision to invest in new lines has opened up new markets for us.

"We sell our vibration springs to third parties, but they install the springs into buildings susceptible to earthquakes or close to high speed trains and trams."

As well as two bases in Rochdale the company has a distribution warehouse in Dallas and a total workforce of 230 people.

Hanson said: "Our absolute aim is quality. We can make springs of all sizes, with our smallest being the width of a single strand of hair. 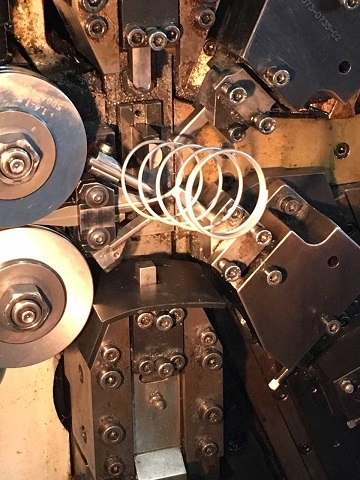 "Around 80 per cent of our products go to export with Italy and the USA being our biggest markets. Our average batch size is for 10 springs or less, so we offer a very bespoke service with a quick turnaround."

The entrepreneur's two grown-up children, Lisa Jenkinson and John Hanson, are both directors in the business and 30 staff have worked for Hanson Springs for more than 30 years.

Malcolm Hanson said: "We're proud to be from Rochdale and it's definitely helped our business. Because most of our products are exported, we're probably one of the borough's best kept secrets."

His son, John Hanson, who is a member of the Rochdale Ambassadors group, said: "One of our priorities in 2019 is to recruit more apprentices. We normally employ about four a year, but we'd like to increase that this year as we continue to grow."