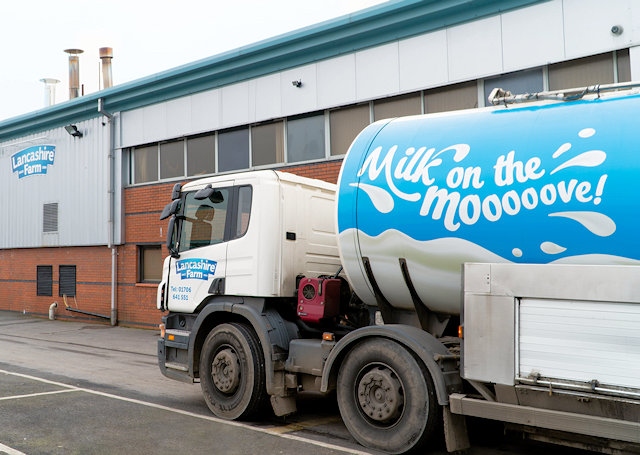 The company, which was founded in 1984 and employs 220 people, has recently invested £5m in new machinery at its Rochdale base, which processes upwards of 130,000 litres of milk a day, 365 days a year.

The yogurts are made with free-range milk, with guarantees the cows used are grazing for a minimum of 150 days a year.

Chief operating officer Sarfaraz Akram said: “We are a very ambitious business with strong aspirations to grow. We’ve got the drive and ambition to succeed. As we grow we’re able to recruit better people into the business.

“We need to continue to invest in the business. To be a manufacturer these days you need to have the latest bit of kit.

“We see ourselves as competing with the national players like Müller, Yeo Valley and Onken. They’re in our sights and we’re looking to take them on.” 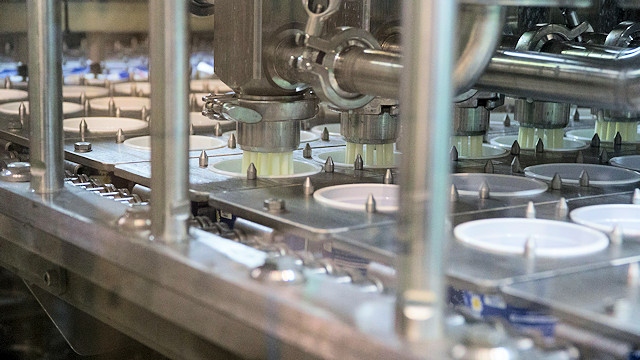 Lancashire Farm Dairies products are now stocked in all the major supermarkets and they’ve even been included in the latest series of Supermarket Sweep, hosted by Rylan Clark-Neal.

Brand manager Jack Morrison said: “It’s a really good example of how we’ve built our brand. It happened organically. They approached us and it’s further evidence of the success of the brand.”

The company was founded 35 years ago by Ghulam Zouq and his son Azhar is now the managing director.

Akram said: “Ghulam initially set up a market stall in Rochdale Market, selling fruit and vegetables and a little bit of yoghurt. Over time he realised he was making more margin and was getting more demand for his yoghurts.”

He moved into manufacturing and visited local shops and takeaways to stock his yoghurts, quickly building up a strong distribution network, especially within the Asian community where it’s popular in Asian cuisine.

“Ghulam is still involved while his son Azhar, who came on board several years ago, has helped to drive the business to the next level.”

As well as their own products, they also produce own-label yogurts for a number of retailers.

Lancashire Farm Dairies is privately owned and has never taken any investment, preferring to grow organically.

Akram, who joined the business after 10 years in the financial sector, said: “Although we’ve been in Rochdale since 1984, we’re still something of a hidden gem.”

Managing director Azhar Zouq added that Rochdale was in the company’s DNA. “We support our local community. We have a good skilled workforce which is generally from Rochdale.

“We have our own fleet of vehicles, so the transport links are really important to us. We cover the length and breadth of the UK, going up to Scotland three or four times a week and London nearly every day.