You are Here: Home » News » Business News » Heywood branch of Sayers bakery one of 11 to close after company saved from administration 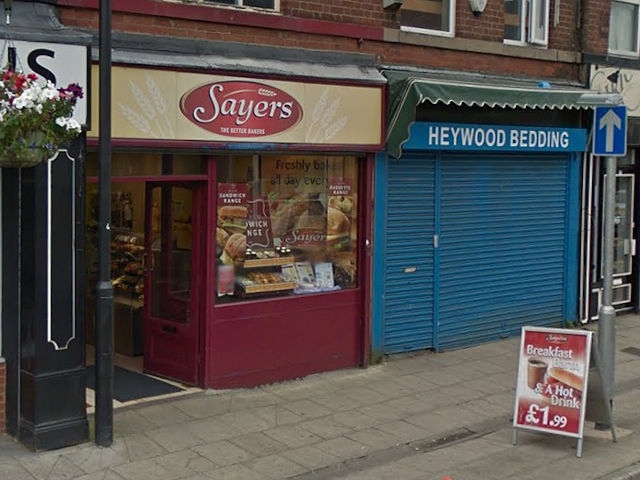 The Heywood branch of bakery chain Sayers is one of 11 stores which have closed after the company went into administration on Wednesday (18 December).

A rescue deal has since been secured for the £50m turnover business after administrators were appointed, but 11 stores of its 167-branch estate, including Poundbakery and Poundcafe, have been closed.

The Rochdale branch on Yorkshire Street, which was co-incidentally closed for the day on Friday (20 December), is not on the list of stores earmarked for closure.

No other stores in the borough are affected.

Sarah O’Toole, advisory partner at Grant Thornton UK LLP in Manchester said: “Unfortunately, a number of redundancies have been made across 11 closed stores at a particularly difficult time of year and we are doing everything we can to support these employees.”

The business assets have been acquired by Karen Wood, who has formed a new company called Sayers and Poundbakery Limited, which will be run by the former management team led by Mark James and David Silvester.

The new company will take on the bakery and distribution centre in Bolton and the majority of the bakers’ shops throughout Northern England, North Wales, Yorkshire and the Midlands including the transfer of approximately 1,400 employees.

Sayers has operated since 1912 across the North of England.