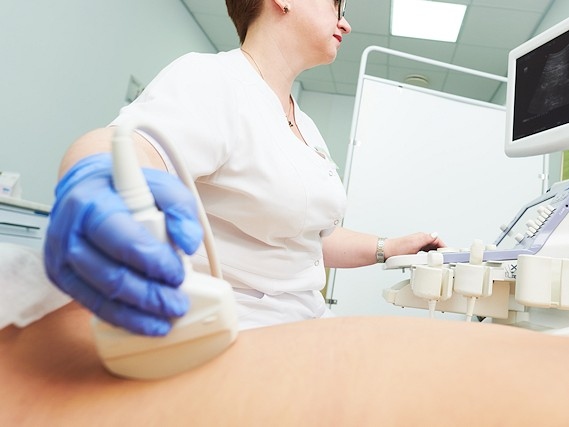 Bestcare Diagnostics has provided sonography services across much of Greater Manchester – including in Rochdale, Wigan and Oldham – over the past four years.

It employed 26 people according to its latest Care Quality Commission (CQC) report, which rated the service as ‘good’.

Lead commissioner Salford CCG stepped in to stop the Stockport-based company from practising last month due to ‘concerns over the quality of the service being provided’.

The suspension came into effect from 1 January.

Companies House documents show the company has since been voluntarily ‘wound up’.

Former manager Dr Sohail Khan – who was replaced as director by his wife Rukhsana Tarannum in October – set up a new firm, Supreme Care Health Solution Ltd in November 2019.

Members of staff claim they were not paid for work they did in December. Some allege they are also owed wages from November.

It is understood about a dozen ex-workers have been left out of pocket.

A Facebook group has been formed by former employees.

Healthcare assistant Sabiha Naz, from Rochdale, says Dr Khan and Mrs Tarannum have not answered phone calls and emails – and claim staff were given no notice that the company was to be wound up.

She continued: “Obviously we are very upset.

“We just feel that we worked at 100 per cent, even though we knew that the company contract was suspended.

The 29-year-old said that very few former employees had been with the company for two years – so would not qualify for redundancy payments, leaving them in ‘a mess’.

“People are in difficult situations because of this now,” she said.

One of those people is Ms Naz’s colleague, Tahira Kalsoom.

“I have been left in a very difficult situation as I have paid £400 out of my own pocket for fuel. I have missed direct debit payments and my rent is overdue.

“I was devastated when I received a letter out of the blue stating I was being made redundant and my contract was terminated.”

A spokesman for Salford Clinical Commissioning Group (GGC) said: “On Friday 20 December 2019, Salford CCG (as the lead commissioner in Greater Manchester) temporarily suspended Bestcare Diagnostics Ltd as a provider of sonography services, commissioned under ‘Any Qualified Provider (AQP) – Non-Obstetric Ultrasound Services (NOUS)’, due to concerns over the quality of the service being provided.

“As the quality of care patients receive is our highest priority, NHS Salford CCG is currently reviewing the Bestcare Diagnostics Ltd contract.

“Whilst the review is ongoing, NHS Salford CCG is not replacing Bestcare Diagnostics as they are only one of multiple sonography providers used in Salford.

“During this period we will be monitoring capacity to ensure it doesn’t affect the service delivered to patients.”

It is understood that the other CCGs in Greater Manchester affected by the suspension of the contract are in an identical situation.

These also include Bolton, Bury, Manchester, Stockport and Tameside.

Dr Khan and Mrs Tarannum have not replied to requests for comment.

A letter sent to ex-employees by Mrs Tarannum on 8 January, advises employees that ‘sums owed to you by the company can be claimed from the Redundancy Payments Office (RPO), subject to statutory limits’.

It also directs them to the job centre to claim any benefits to which they may be entitled.

A statement provided to the Local Democracy Reporting Service on behalf of liquidator Farheen Qureshi, of Parker Getty Ltd, says there will be a process for employees to claim monies owed to them.

It states: “As with companies that are subject to insolvency proceedings sums will be outstanding to a number of creditors which may include company employees.

“Under the Employment Rights Act upon a qualifying event employees can submit claims to the Redundancy Payments Service “RPS” for sums owing to them by an insolvent company subject to statutory limits.

“In this case the majority of employees will be reimbursed by the “RPS” for sums owing to them under the provisions of the Employees Rights Act.”