You are Here: Home » News » Business News » Zen recognised as one of the UK’s best places to work 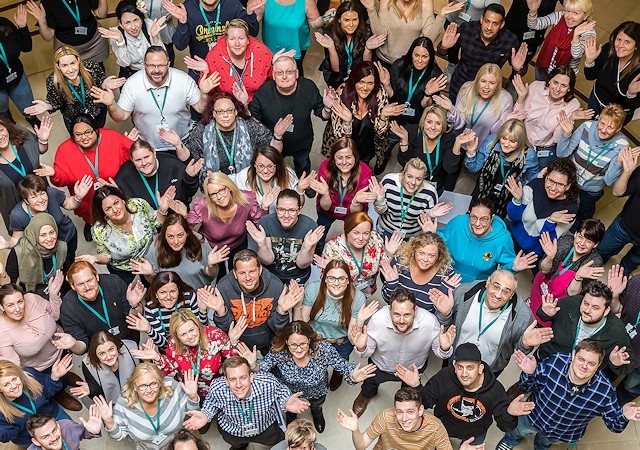 Zen Internet, the UK’s largest independent telecommunications and technology service provider has once again been recognised as one of the best companies to work for in the UK.

The Rochdale-based business was awarded a two-star Best Company Rating for its excellence in workplace engagement in this year’s ‘The Sunday Times Top 100 Companies to Work For’ list.

Zen has also been included in the ‘75 Best Companies to work for in the North West’ category.

Founder and CEO of Best Companies, Jonathan Austin, said: “I would like to congratulate Zen on achieving a Two Star Accreditation and being named as one of the UK’s Best Companies to work for. Best Companies has been acknowledging excellence in the workplace since 2006 when we launched our Michelin style accreditation standard. We are proud to work with organisations like Zen who focus on their people and as such have been rewarded with an engaged workforce who tell us that they’re a best company to work for.”

Ayshea Robertson, HR Director, Zen, said: “This is our third time being named as one of the UK’s top places to work and is testament to our ‘People First’ culture. We want Zen to always be a great place to work, which is why we place great emphasis on getting our culture right, enabling our people to feel part of and connected to the business, empowering them to be successful and caring about their wellbeing.

“Our work doesn’t stop here. We have gone through the results of the survey in detail to identify areas where we can make positive improvements. Maintaining a great culture is a top priority for us, and a continual process. We will never stop looking for new and innovative ways of making Zen an even better place to work.”

The Best Companies awards are the largest survey of workplace engagement in the UK, and measure organisations for leadership, staff well-being, how staff feel about their managers, colleagues and the company generally, and how happy they are with their pay and benefits.