You are Here: Home » News » Business News » Recruitment director banned after £150k bonus prior to liquidation

Recruitment director banned after £150k bonus prior to liquidation 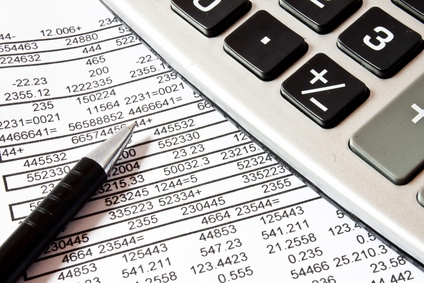 Roy Davies, 55, from Rochdale has been banned from managing companies for six years after paying himself a £150,000 bonus just before a company entered into liquidation.

The recruiter is banned from acting as a director or directly or indirectly becoming involved, without the permission of the court, in the promotion, formation or management of a company.

Roy Davies, formerly of Frodsham, Cheshire, was appointed a director of LTG Recruitment Limited when it was incorporated in April 2015.

Just over a year after incorporation, LTG Recruitment entered into liquidation in October 2016 owing more than £289,000 to the tax authorities and this brought the company to the attention of the Insolvency Service.

Four other recruitment companies that Roy Davies was also a director of, also went into liquidation in February 2016, owing close to a total of £700,000 to the tax authorities.

Roy Davies also borrowed money from some of the connected companies and owed them nearly £300,000 net when they entered in liquidation.

Further enquiries uncovered that prior to LTG Recruitment entering into liquidation, Roy Davies caused the company to seek advice from an insolvency practitioner in September 2016 about the future options for the company.

On the same day, however, Roy Davies caused the company to award himself a salary bonus of more than £152,000. After tax, which LTG Recruitment did not pay, Mr Davies’ bonus was £82,000 and this was used to reduce the amount of money he owed to LTG Recruitment.

Of the payments made to 8D Automotive Executive Search Limited, £14,000 worth was paid after instructions had been given to liquidate the company.

On 24 June 2020, the Secretary of State accepted a disqualification undertaking from Roy Davies after he did not dispute that he caused LTG Recruitment to trade at the risk, and to the ultimate detriment of, the tax authorities, and enter into transactions which were to the detriment of the company’s creditors.

Rob Clarke, Chief Investigator for The Insolvency Service, said: "It is bad enough that Roy Davies received substantial payments from LTG Recruitment, leaving the company unable to pay its creditors when the company collapsed. But knowing from the previous failures that he would be pursued for repayment of his loan account, he also took steps to ensure that he would not be required to repay the money he had received when LTG Recruitment went into liquidation.

"This ban should serve as a warning to other directors tempted to put themselves first, you have a duty to your creditors and if you neglect this duty you could be disqualified and lose the privilege of limited liability trading."