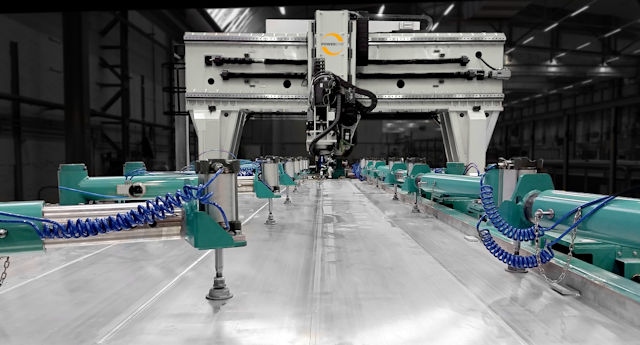 Since their launch, the machines have been used extensively in the production of railway carriage panels for some of the world’s fastest trains.

Manufacturers typically use a combination of welding to create railway panel welds. However, as the Powerstir welding process provides far superior high-strength joints, one leading European train builder already anticipates that using its newly purchased machine will lead to a reduction in the wall thickness of panels, with the potential for weight savings of as much as 30%.

Thanks to the considerable gantry length of Powerstir rail sector machines, the business will also be able to weld some of its longest carriage panels in one single operation.

PTG Regional Sales Director, Mark Curran said: “We are delighted that leading European rolling stock builders are recognising the considerable advantages that Powerstir friction stir welding offers and look forward to working alongside them as they begin using our technologies.”