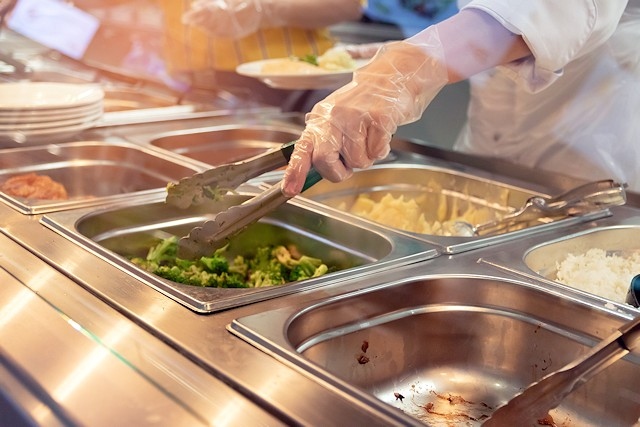 School caterer Dolce – which provides catering services to schools across the North West including six in Rochdale – has reduced the hours of kitchen staff in schools throughout the region.

Dolce says that the reductions have been made on a temporary basis to prevent redundancies, following a sporadic decrease in the national uptake of school dinners. It adds that the temporary reductions will be removed upon a return to normality.

However, trade union UNISON North West has said the cuts will leave hundreds of key workers struggling to make ends meet in the run up to Christmas, adding that grievances have been submitted to Dolce by ‘hundreds’ of catering staff whilst headteachers have also expressed their concern at the decision.

UNISON North West Schools Organiser Keith Bradley said: “The entire country is in awe of the key workers who are putting themselves at risk to keep our schools running during this second period of lockdown.

“At a time when Marcus Rashford MBE is leading the way in our region by campaigning to provide free school meals in the holidays, the very company providing those meals is set to plunge its own low-paid, majority women workforce into poverty with just over a month until Christmas.

“We will support these key workers to fight this decision all the way.”

A statement released by Dolce said: “Due to a sporadic decrease of around 20% nationally in the uptake of school dinners following the return to school in September we have avoided redundancies by temporarily reducing the hours of some staff. This was done professionally by a securely delivered letter following appropriate consultation.

“We are working co-operatively with schools, staff and parents, and as we return to normality, we will remove these temporary reductions.”