You are Here: Home » News » Business News » Heywood firm helps get England game on in Belgium

Heywood firm helps get England game on in Belgium 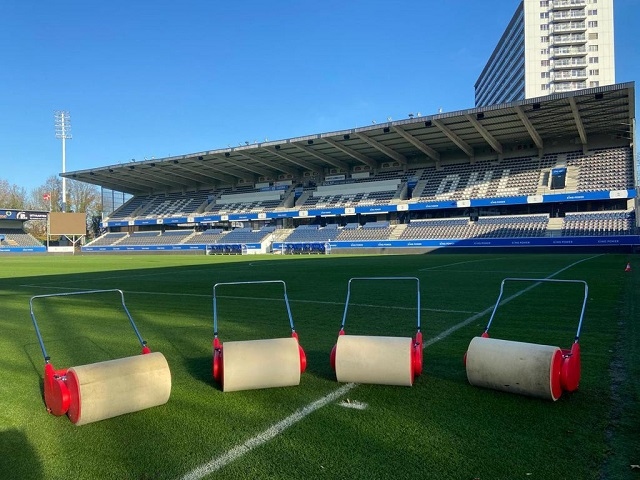 A Heywood business came to the rescue of the Belgian FA just hours before a match was due to take place against England earlier this month.

With heavy rain forecast in Leuven, head groundsman at The King Power at Den Dreef Stadium, Oli Makin (former groundsman at the Crown Oil Arena in Rochdale), put a call in to friend Will Purser, director at Battersby Sports Ground Supplies, about the possibility of utilising some water removal machines.

Oli said: “I had a pitch covered in sheets that were full of water and with no way of getting them off – I know Battersbys always strive to meet customer needs and I had no hesitation in asking Will and Battersbys to help out.”

However, the call was made on Saturday – a little over 24 hours before the Nations League clash with England was due to take place.

After spending the majority of the day liaising with manufacturers Bowcom, based in Cardiff, a plan was formed.

Battersbys and Bowcom managed to get four of the Bowdry MK III water removal machines picked and packed into a delivery, and organised for a driver to meet with a Belgian FA representative at the Felixstowe crossing. 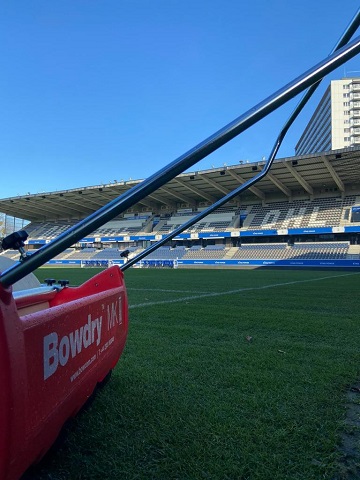 The machines arrived at the ground around midday Sunday, ready for Oli and his team to get the pitch ready.

Will Purser said: “As soon as Oli called, I knew we would find a way to deliver on time and through the relationship we have built between Battersby’s and Bowcom over the years we were able to make this happen.”

David Decunha, General Manager of Bowcom, said: “I can confirm that in all my years supplying Bowdrys, I have never moved machines to the continent in such a short time.

“I definitely feel that we have all gone ‘above and beyond’ on this occasion.”