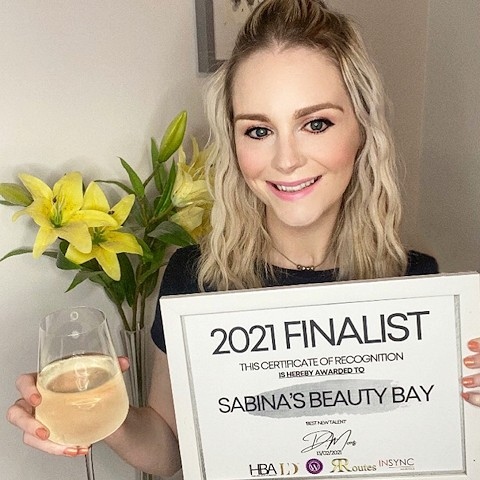 Sabina Bungard with her finalist certificate

A recently set up nail and lash technician from Littleborough is quickly establishing herself as one to watch in the industry, after officially being named a finalist in the UK Hair and Beauty Awards.

Sabina Bungard, 29, or 'Sabina - Nail & Lash Artist' is based at Platinum Beauty, Littleborough and will be competing for the top spot in the Rising Stars category after being named shortlisted for the Best Newcomer 2021 Award.

While lockdown devastated various industries and left many jobless, Sabina took it as an opportunity to excel her skills and become a professional in a whole new industry.

She said: “I actually started my business idea in the first lockdown [March 2020] after being unable to work in my hospitality job. I was devastated as I had suffered ill health for some time before and I was so happy to be working again, so it was really difficult to face the prospect of losing the independence I worked so hard to rebuild.

“I started investing and selling skincare products and eventually earned enough commission to enrol on courses with a local training academy when lockdown was over, learning how to do manicures, pedicures, and gel polish before later branching into acrylic nails, facials, waxing and semi-permanent lash extensions.”

In the meantime, Sabina created all her own branding materials and grew her Instagram following to over 4.3k whilst practicing freehand nail art.

She continued: “It was January this year when I was lucky enough to be followed back and supported by the famous Scratch Magazine who then shared my work on their social media platforms.

“Since then, I have been named as a finalist in these nationwide awards!” 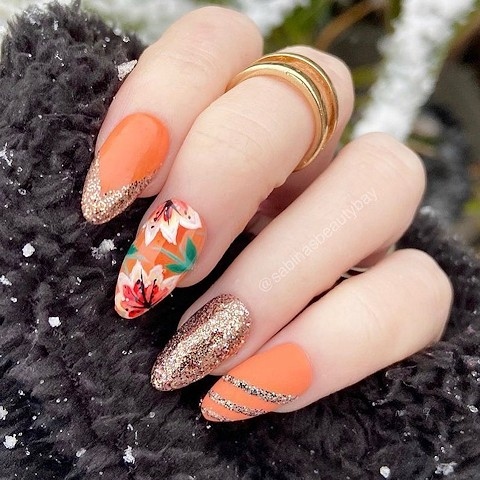 In an email to Sabina, The UK Hair and Beauty Awards team wrote: ‘The team at HBA would like to congratulate you on being selected as a finalist and would like to offer you a place in the final in March 2021.

‘There have been thousands of applicants this year, so even getting this far is a huge achievement.’

Sabina continued: “To say I started this business idea in the middle of a global pandemic, while home-schooling two children, and seeing how much I have achieved in as little over six months is beyond comprehension.

“I started this new business venture wanting to support other women - and promote body confidence, self-esteem, and friendship. My hope for the future is that I can continue to grow outside of lockdown at my current workplace and set an example to women that anything is possible.”

The UK Hair and Beauty Awards is an established competition with over 17.7k followers on Instagram.

The competition's finalists will be whittled down to the winners on 31 March and announced in an online ceremony.