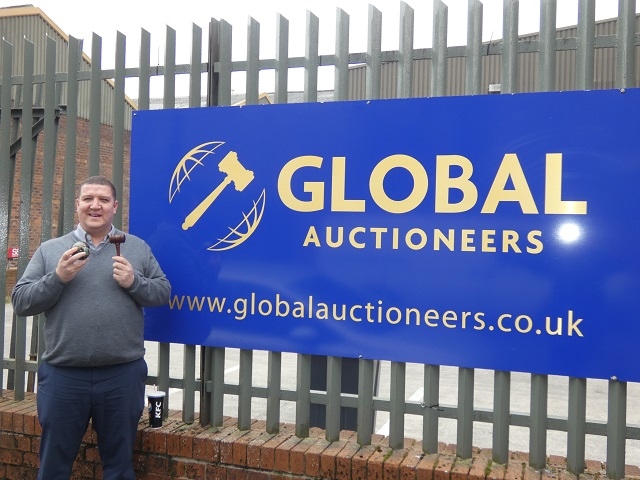 A Middleton businessman's auction house company has doubled revenues and workforce after moving to larger premises.

Global Auctioneers has big plans after expanding the number of staff from eight to 30 in the last year as customers continue to seek bargains during the pandemic.

Launched in 2018 by Marcel Duffy, who lives in Middleton, the company re-sells returned and end-of-line retail items including white goods, furniture, fashion, electronics and homeware.

The business started operations at a 12,000 sq ft Oldham mill and grew quickly in the first year of trading with revenues of £1.1m in the first 10 months.

Within a year, it outgrew the premises and needed to move to a larger site as the limited space was hampering growth.

Marcel sought a £150,000 cash injection which he secured from FW Capital, part of the Northern Powerhouse Investment Fund, after he was introduced to them by GC Business Growth Hub’s Access to Finance team.

The loan funded Global Auctioneers’ move to a 40,000 sq ft premises at Canal Side Works, Manchester.

The additional space has allowed the business, which works with some of Europe’s most established manufacturers, distributors and retailers including John Lewis, Wayfair and Debenhams, to sell more goods.

Marcel said: “We are one of the fastest growing auction houses in the UK and have combined the traditional elements of an auctioneers with an e-commerce platform which makes the whole buying process simple.

“Within a year of launching in Oldham we knew we had to move into larger premises. The banks were unable to help as we were an early-stage business and only had 18 months trading history. However, we were introduced to FW Capital by Access to Finance and they were able to support us.

“Without the help from our advisor Geoff Clowes we wouldn’t be where we are as the funding gave us the potential to generate further revenues.

“It was clear to me that the limited space was stunting our growth and stopped us from growing at the speed I wanted to.

“Once we found a larger site, we needed immediate funds to help with the move including a deposit, legal work, logistics, marketing, signage as well as a refit.”

Marcel added: “Not only are we selling more goods, but we have been able to employ more staff. We’re currently at the end of our recruitment campaign and I am pleased to see that we have grown our team from eight to 30.

“The pandemic has pushed more people to seek bargains and more people are buying online, and we certainly saw a surge in sales from the first and second lockdown.

“Our future includes maximising the potential of the current site and we plan to open three more warehouses across the north west.”

“Essentially, Marcel needed more space so he could take in more goods and employ more staff. As an early-stage business, the banks felt it was too risky to lend.

“We were able to advise Marcel on the best way to structure as well as articulate the lending proposal to the funder.

“This saw us have input and make recommendations on the information which should be included as part of a robust and compelling business plan and loan submission.

“By offering this advice and support we were able to position the funding proposal to give it the best possible chance of success.

“FW Capital saw the tremendous growth and business potential within the proposition and were delighted to make the finance available to the client.

“It was fantastic to see the funding support the new warehouse. It’s a brilliant space where Marcel can realise his ambitions.”

Businesses looking to access specialist support can visit www.businessgrowthhub.com for more information about the organisation’s extensive range of services.