You are Here: Home » News » Business News » Rochdale return for growing IT specialist

Rochdale return for growing IT specialist 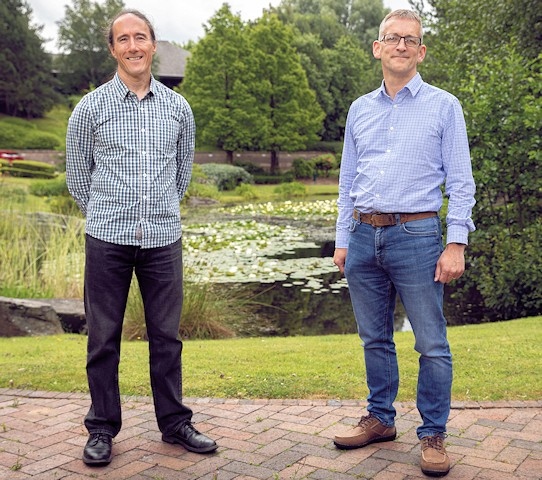 IT managed support company MysonPages is gearing up for growth after moving back into Rochdale.

The company, which has partnerships with the likes of Microsoft and Dell, recently hit £1m turnover for the first time and has signed a lease for 1,300 sq ft of office space at the Zen Internet building in Sandbrook Park.

Founder and director Dave Brereton said: “It feels like MysonPages has come home. When we launched the business in 1999 our first office was in Drake Street in the town centre.

“We moved to Delph in 2007 but a lot of our customers are based in Rochdale and most of our staff live in the borough. We’ve been partners with Zen for many years so it’s the perfect place for us as we continue to grow.”

MysonPages have 12 staff and supply outsourced IT support to more than 200 SME businesses.

“We weren’t really thinking about moving,” he said. “But Zen Internet mentioned that a tenant was leaving and invited us to have a look round Sandbrook House and we realised it was perfect for us. We feel like we belong here.

“We have a self-contained office on the second floor overlooking the front of the building. It creates a really professional image for the business. We’ve signed an initial three-year lease but our plan is to extend that.

“Sandbrook House is a great place and has wonderful facilities. As long-time partners of Zen it felt like we were amongst friends as soon as we stepped through the front door.

“We hit £1m turnover in our 21st year in business and we think our new office will be the springboard for continued growth of between 10-15 per cent.

“There’s a real feelgood factor in and around Rochdale and it’s great to be part of it.”

The entrepreneur said Covid-19 had changed the role of the office.

“When the pandemic struck most of our staff started working from home,” he said. “We’ve got a blended approach to working and I don’t think we’ll ever return to the stage where all our staff are working from the office at the same time.

“A lot of our clients have adopted a similar hybrid way of working and that’s one of the reasons why we’ve seen a surge in demand for our services. The location and size of the office is no longer business critical.”

Mr Brereton said the move to Rochdale had seen him reacquainted with a familiar face in Zen Internet’s founder and chairman Richard Tang.

“I’ve known Richard all my life,” he said. “We grew up on the same street in Rochdale off Shawclough Way. Despite Zen’s success he hasn’t changed a bit and he’s remained down to earth.”

Mr Tang said: “I’m delighted to welcome David and his team. MysonPages has been a long-standing partner of Zen and we’ve worked really closely together and we’ve got the opportunity to work even closer now.”