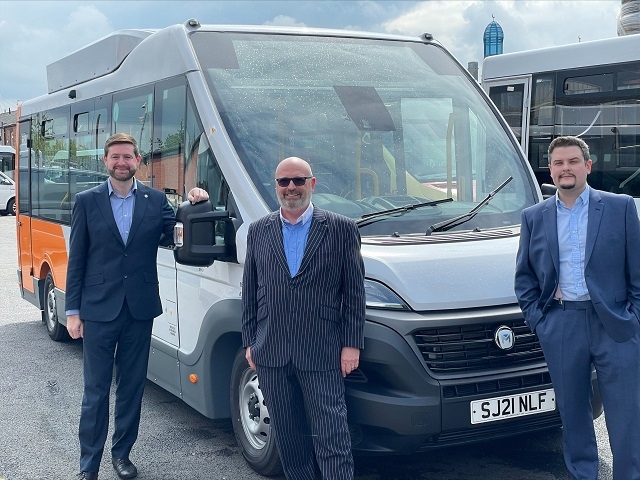 Rochdale-based Mellor, one of the UK’s leading bus manufacturers, welcomed the Shadow Secretary of State for Transport, Jim McMahon, to its production facility on Monday (9 August).

As part of a campaign to hold government to account on its promises around zero emission bus funding, the Shadow Transport Secretary was invited to tour Mellor’s manufacturing facilities and experience its all-electric Orion-E bus.

Labour’s ‘Make it in Britain’ campaign highlights that of 4,000 zero emission buses promised by government 18 months ago, it has only made funding commitments for 500 vehicles so far.

However, no funding is available for manufacturers of buses with less than 23-passengers capacity, giving local authorities less choice when it comes to investing in more efficient, size and cost-appropriate vehicles - an issue that Mellor calls 'big bus bias’.

Shadow Transport Minister, Sam Tarry, has already voiced his concern about ‘big bus bias’ by raising the issue in the House of Commons earlier this year.

“The Shadow Secretary of State for Transport and his colleagues have been highly supportive in our campaign against government’s ‘big bus bias’ and continue to be a strong voice in ensuring all areas of society can benefit from zero emissions, size-appropriate buses.”

Labour’s Shadow Transport Secretary Jim McMahon MP, said: “This is just the latest in a long line of examples of the government talking a good game, yet failing to deliver.

“The decade ahead is crucial. We must grow modern industries such as manufacturing electric vehicles to build a long-term economy that provides good jobs and is fit for the future.”