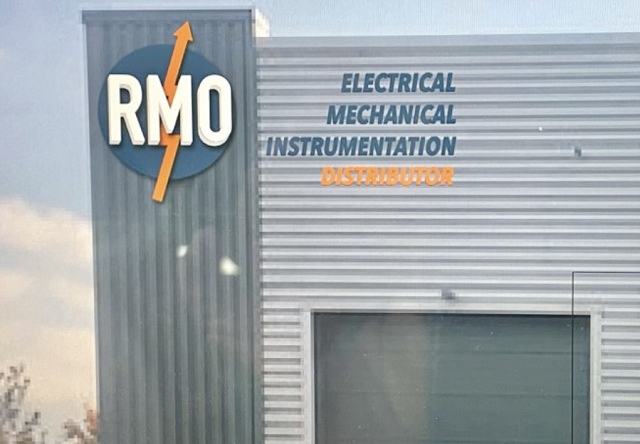 A Rochdale start-up has just hit a record turnover of £7m – up from £4m last year.

Ryan Hopley only launched the business in 2018 but it already boasts four offices with its headquarters being at the Logic development at Kingsway Business Park.

RMO took ownership of the unit in November last year and following a fit-out moved into the 6,500 sq ft premises in March 2021.

Hopley, who is originally from Milnrow, said being based at Kingsway Business Park had contributed to their record growth.

“A lot of the growth in Rochdale has come from other businesses in the borough,” he said.

“Sustainability is really important to us so working locally means we can keep our mileage to a minimum and reduce our carbon footprint in the process.

“We’ve just ordered electric vehicles for two of our managers and an electrical van as part of our fleet.

“The closeness of the motorway network to Logic is massive for us because we’re straight on the motorway,”

RMO, which also has offices in Liverpool, Grimsby and Teeside, is looking to grow turnover to £10m next year and to £12m by 2023.

“Our USP is our level of service. Our success is down to three things – people, stock and service. With the right people, you can deliver the right stock with a great service,” said Hopley.

“We’ve brought in 2021, the mechanical and instrumentation together with the electrical into Rochdale and that’s really helped our growth.”

Hopley said RMO’s success was also good news for the Rochdale economy: “What’s exceeded my expectation has been the support of Rochdale Development Agency, the council and the business community. We’ve had a lot of referrals from other Rochdale businesses.

“We think it’s really important to give something back to the local community.”