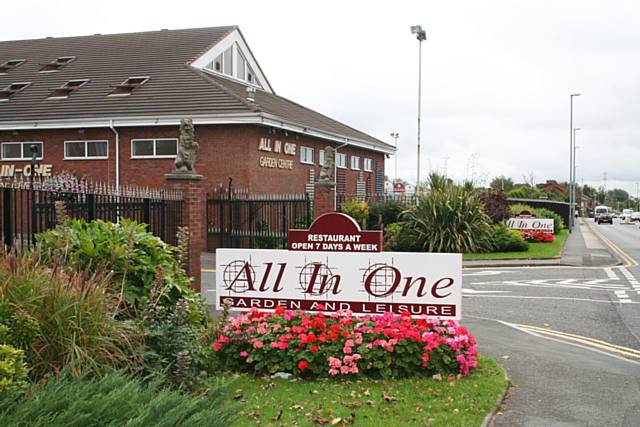 The awards are judged by the Garden Centre Association (GCA). Each garden centre is audited unannounced and scores are given based on  criteria that covers all aspects of a garden centre business.

A team from All-In-One Garden Centre attended the recent awards ceremony and was delighted to be awarded with 14 'Awards of Merit' across both sites as well being the overall winner of the following categories:

The scores of the categories are then added together to give an overall score towards the coveted award of The Best Garden Centre in the North West 2012.

Jason Stafford, Financial Director at All-In-One Garden Centre said: “I am delighted that once again the team have met the very high standards set by the GCA to be named The Best Garden Centre in the North West for another year.”

He continued: “The past year has proved to be a very difficult trading period for all garden centres’, not just due to the inclement weather but the current economic climate and lack of consumer confidence.

"To be awarded 'The Best in the North West' at Middleton for three years running and 'Most Improved Garden Centre' at Knutsford in its first 18 months of ownership proves that we are delivering a fantastic shopping experience across all elements of our business.

"These awards are only possible due to the hard work and commitment of our teams at both sites."