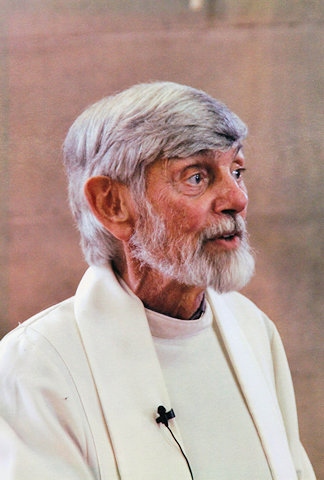 George was husband to Jo-Anna, father to Stephen and Benjamin, brother to Jane, Priest and friend to all.

“George was ordained in 1968, served in the dioceses of Lincoln, Southwell and Birmingham before coming to Manchester.

“For a while he combined his priestly duties with that of teacher and social worker, but it was the 24 years as Vicar of St Aidan's, Sudden, which included nine years as Hon Curate at Castleton, that he will be remembered.

“His gifts of pastoral care extended well into retirement as he continued to assist colleagues, until limited mobility and later illness prevented him.

“Many people have cause to be grateful for his dedicated ministry.”

George was also the founder of the GQRP Club and Amateur Radio author of the SPRAT.

Formed in 1974 by Rev. George Dobbs G3RJV, the GQRP Club is a non-profit organisation run entirely by volunteers to promote Low Power Radio

The quarterly magazine SPRAT, so called for Small Powered Radio Amateur Transmissions, was edited by George.

“A deep loss to our hobby community.”

The Funeral Service will be held at St Aidan's Church, Manchester Road, Sudden on Wednesday 27 March at 1.30pm followed by a Private Committal.