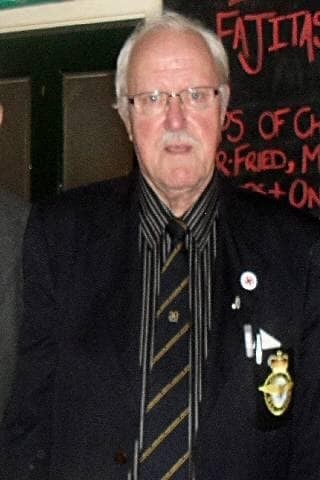 Born on the 27th February 1935, Milnrow Band President Ken Watts started his banding career as a youngster with the Grantham Town Band before enjoying spells with Woolsthorpe and Melton Town. In 1968 he moved to the Oldham area to take up employment with AVRO / British Aerospace in Chadderton and it was around this time that his long and successful association with Milnrow Band began.

Over the next 50 years Ken contributed in many ways and has been without doubt an integral part of Milnrow Band's success during that time. After serving as a player, compare, Assistant Secretary and Chairman, Ken was appointed the band’s Treasurer in 1979, a position held for 21 years before being appointed Milnrow Band President in 1990.

Ken was also a member of the Executive Committee of the North West Area Brass Bands Association and served the interests of local brass bands for many years. In 2011 Ken was presented with an engraved medal and a Diploma of Honour for 50 years service to the brass band movement as both a player and an official.

Ken recently moved back to Lincolnshire to be closer to his family, and on the evening of Friday 29 March he passed away peacefully in Gregory House, Grantham aged 84.

Ken will be sorely missed, and everyone connected with Milnrow Band is thinking of his family and friends at this sad time.

His funeral service will take place at Grantham Crematorium on Thursday 2 May at 12.30pm followed by a celebration of his Life at The Stag Inn, Barkston from approximately 2pm. Flowers are welcome or donations to Milnrow Band.