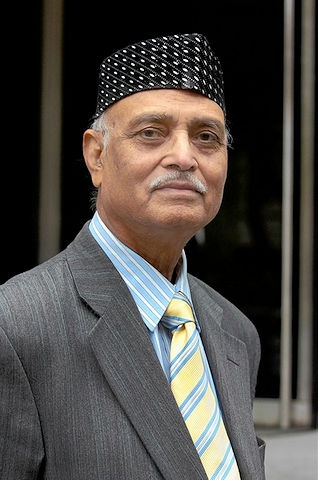 He was subsequently laid to rest in Denehurst Cemetery in Rochdale on the same day. Due to the restrictions in place for Covid-19, the funeral and burial was limited to strictly the immediate family.

He is survived by his wife, four daughters, three sons and nine grandchildren.

Dr Saeed was born in India and later migrated to Pakistan where he read medicine and qualified as a doctor in 1965 and completed his MB BS from the University of Punjab, Multan.

After migrating to the UK, he successfully registered as a doctor in the UK on 21 September 1966 and qualified as a GP on 28 August 1968.

He had his own practice, Bailey Street Surgery, which later moved to Nye Bevan, and as a GP, he was very loved by all his patients and fellow colleagues.

Even after retiring in April 2016, Dr Saeed continued his support and work for numerous different community help enterprises, such as Let’s Talk, based on Drake Street, and Asian Medical Professionals Support Organisation, which organised numerous drop-in medical check sessions.

Get into teaching with Rochdale Training