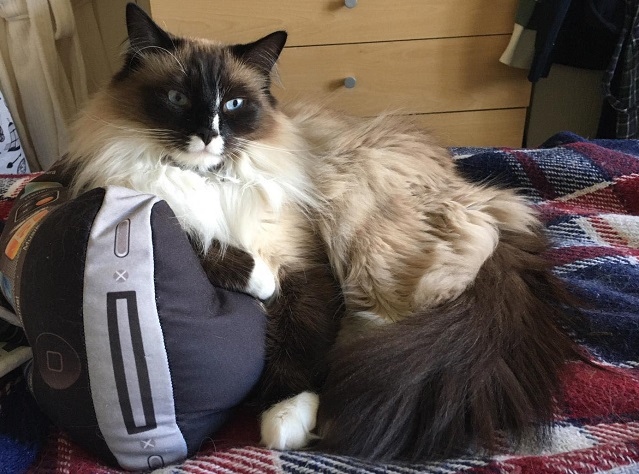 A reward is being offered for the safe return of a Ragdoll cat who has been missing in Heywood for a couple of weeks.

Four-year-old Fudge went to stay with his owners’ daughter in Heywood whilst they were having work done on their home in Burnley, as they did not want him to be disturbed.

As a result, Fudge went to stay with Andrea Livesey in the Darnhill area. However, housecat Fudge slipped outside, unbeknownst to Andrea – and has been missing since 27 October.

Andrea believes that Fudge escaped after she accidentally didn’t shut her door properly after bringing the bin in.

She said: “I came back in and was in the front room watching Bake Off with both my cat and Fudge. Fudge casually got up and walked out. I though he was going upstairs. When I got up to make a drink 20 minutes later, the door was open and he was gone. I must not have shut it properly when I came in from putting the bin out.” 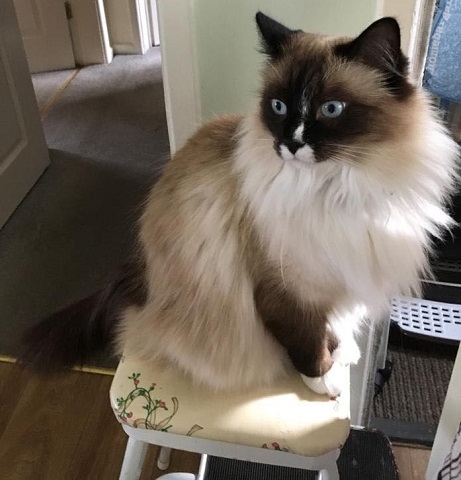 Andrea has since been contacted by people who believe they have seen Fudge on Argyle Street, but a similar looking cat does live in the area. Fudge has also potentially been seen on the Cooper Wells estate.

She added: “The most positive sighting was on Sunday morning (15 November). A resident of the Cooper Wells estate, Heywood sent me doorbell footage which shows a cat run past. We can’t be 100% sure as the footage isn’t great quality and can’t see the face but it’s certainly the right size, shape colours and has the right run or scurry. We therefore think there is a good chance it was him. We went down there and had a look around but no joy.

“The stress of Fudge being missing has been particularly difficult for both mum and dad.”

Fudge is neutered and microchipped. He was wearing a purple striped collar with a bell when he disappeared and has a distinct white stripe down his nose. 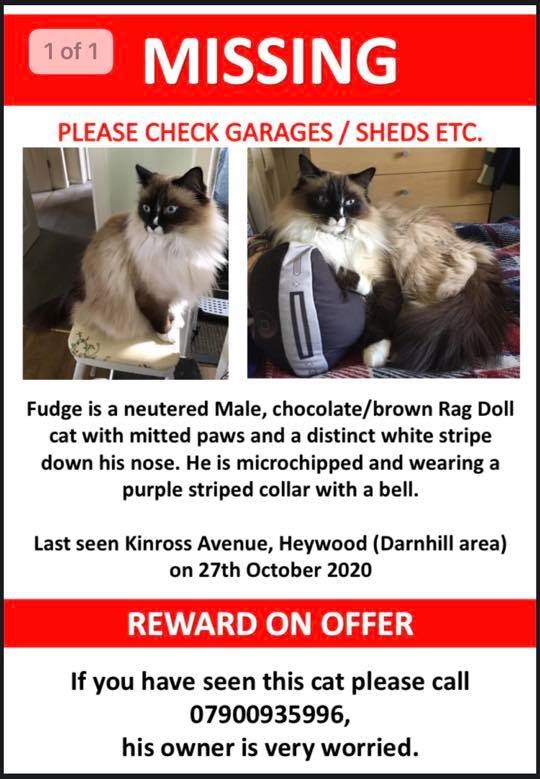