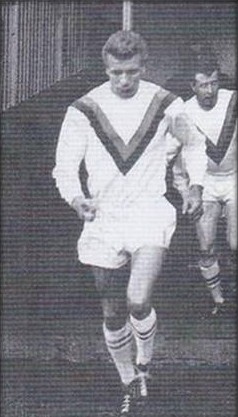 Gerry had suffered for several years with ill health including Alzheimer’s, for the past few years.

Gerry signed for Rochdale Hornets on 9th November 1955 and made his debut on the wing against New Zealand, he remained at Hornets for all his career.

Norman Short another playing colleague and great friend, reiterated what David had to say, Norman recalls training nights and match days when he, Gerry, Les Jones, Ray Buxton and Maurice Gallagher travelled by taxi from Leigh to Rochdale. The taxi was full of stories and joviality and this is how Norman and David will remember a great friend.