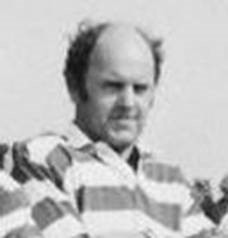 A ball-playing back-row forward, like his younger brother Terry, Kevin played for both Rochdale Hornets as well as two stints at Oldham. Kevin, who lived in High Crompton, had two spells at Watersheddings in the late 1960s and then the 1970s.

On the field Kevin was a grafter. Nothing fancy, what you saw is what you got; he was the master of getting the pass out of impossible situations. He was a student of the game, knowledgeable, skilful and a forward who was a true 'thinker' in the days when loose-forwards were expected to be more creative than they are in today's game.

Mick Crocker will remember Kevin as a good friend and colleague and affectionately as “the quiet man.”

“We would all be talking together about a player or club and all of a sudden, Kevin would produce a programme or other details on exactly the subject we were discussing. No one ever found out how he managed this.”

Norman Brelsford, also a great friend of Kevin, will remember him as a very nice, pleasant guy. Norman respected him as a player and rated him highly.

He always – in Norman’s words – “enjoyed the craic with him.”

Kevin was extremely well read on all sports; many a time Kevin with his vast knowledge of sport settled arguments among ex-players discussions.

Alan Taylor, Kevin’s former colleague at Oldham Council and Rugby League Player recalled: “I recall us doing a back boiler together in a house on Strinesdale estate. He was breaking out and rebuilding the fireback while I replaced the boiler and circs, which were lead. In those days it was a day-long job so it took us all day and it was Friday.

“I also remember Kevin as being quite quiet. I think he played for St Mary’s at the time and I can’t remember which amateur club I was with then, but we were due to play each other on the next day in some cup competition. Try as I might, I couldn’t get him to talk to me about the game at any length, until – as we packed up and left in the afternoon – he just asked me if I was fancying our chances of beating St Mary’s.

“He duly tied me up in knots next day and left me bruised and battered but shaking hands, as you do, at the end, and Mary’s beat us, thanks mainly to his wonderful ball skills and the great way he had of keeping me out of the game.

“We had to go back to the house on Strinesdale on the Monday morning to finish off and not a word was spoken about the match.”