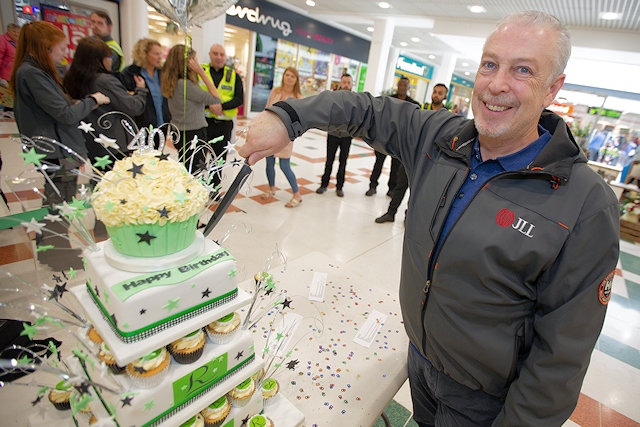 Rochdale Exchange celebrated its milestone anniversary at the weekend when it invited the local community to come and help celebrate it 40th birthday.

Visitors from across Rochdale arrived throughout the day to enjoy a host of festivities including a 1970s-themed arcade games, that had a selection of vintage games for the general public to have go all for free.

Lorenzo O’Reilly, Rochdale Exchange Shopping Centre manager, said: “The whole day was a great success and the town really came together to show their support for this special occasion in the centre’s history.

"The activities proved a huge hit with everyone making the most of all the fun that was on offer. It really demonstrated Rochdale’s community spirit which wonderful to see and was what we had hoped for.

"Thank you to all our shoppers for attending and making this a day to remember.”

This was also the last chance for people to take a turn on the centre’s successful life-size interactive game, Space Gems.

This was first launched back in July as part of the build-up to Rochdale Exchange’s anniversary and has had more than 3,000 people take part and over 250 players win prizes.