You are Here: Home » News » Advertorials » Here’s where you can Eat Out to Help Out: the venues offering the government’s 50% discount deal 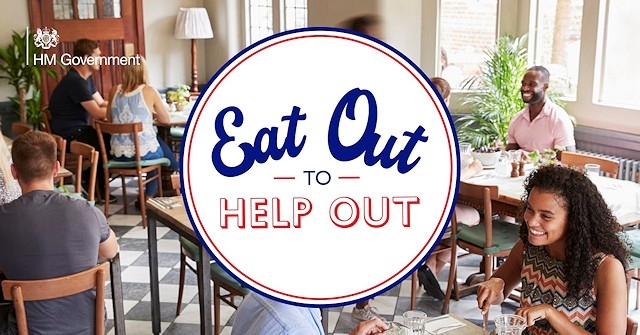 Eat Out to Help Out – which offers a 50% discount up to the value of £10 per person – will take place each week between Monday and Wednesdays until the end of August at participating businesses, which will be able to claim back the discount offered from the government.

The discount will apply to sit-down meals and non-alcoholic drinks, and there isn’t a limit on how many times it can be used. It can be used in conjunction with existing vouchers, applied after other discounts.

The offer isn’t available on drive thru orders and also doesn’t apply when you order food to take home or use a food delivery app like Uber Eats or Just Eat app.

Here’s where you can take advantage of the deal (list updated 24 August):

At time of publication, not all fast food venues are allowing eat in, only takeaway or delivery where the discount cannot be used.

The scheme is designed to help protect the jobs of the hospitality industry’s 1.8 million employees by encouraging people to safely return to their local restaurants, cafes and pubs where social-distancing rules allow.

Around 80% of hospitality firms stopped trading in April, with 1.4 million workers furloughed, the highest of any sector.

Additionally, two young tech entrepreneurs – Michael Lawes and Jordan Ryan Madeley – have created a unique digital high street app to help diners find out which restaurants are participating. The pair came up with the idea after becoming inundated with queries through another digital high street platform they run.

Venues have to register, and are encouraged to put a digital footprint around their venue and share their profile with customers to let everyone know they're participating in the scheme.

Mr Lawes said: “We could see that people were finding it hard to find out which businesses were signed up, so we decided to build something that made it easy to find all the information at your fingertips.”

He added: “Each establishment can manage their own digital profile, upload all their information and menus, as well create posts such as other offers, events and news to drive new footfall. It can help showcase what makes them special, such as their local produce, a new 'pop up' outdoor terrace or live music, for example.”

The information on this page has been compiled from the businesses listed on the .gov.uk web site (last checked 24/08/20) and the list of national chains participating in the scheme:

If you know of any participating businesses that need adding to this list please email news@rochdaleonline.co.uk