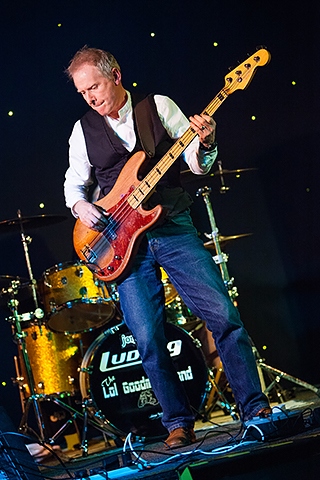 £400 was made at the gig which took place at the Brickcroft Social Club, where local names including Lol Goodman, The Tony Auton band, and solo artist James Oldham played for free in order to raise funds for local businesses who have struggled to get back on their feet.

Howard Wilkinson, who runs Rochdale Flood Support and is behind various local fundraising events, was happy to announce that this most recent gig topped the flood fund up to £4,000, which he will hand over to Rochdale Town Centre Management before it is decided exactly how the money will be distributed.

Howard said: “The money from Friday is going into the overall fund to help some of the small independent businesses affected by the flooding in the town centre, mainly around the Walk, and The Esplanade, where the flooding was the worst.

“Meetings are being held with Town Centre Management to determine where the funds are best distributed, which should be taking place over the next two to threeweeks. They have been extremely helpful, and are the ones nearest to and most involved with the people affected.”

Howard also commented on how support from other local businesses who were lucky enough to escape the floods, have been “wonderful” in offering donations of their own. He added: It has been amazing, and other people around the town who organised events have pooled the money with my efforts to have the best effect.

“These include Ben at The Flying Horse with his Flood Fest, and Gaye Jones who held a comedy night at Norden Cricket Club. Jamilla Paul collected from their customers and also pooled their funds with mine.

“I have been overwhelmed by the response, and am looking forward to going out and contributing to those who have been worst hit financially by the flooding.”