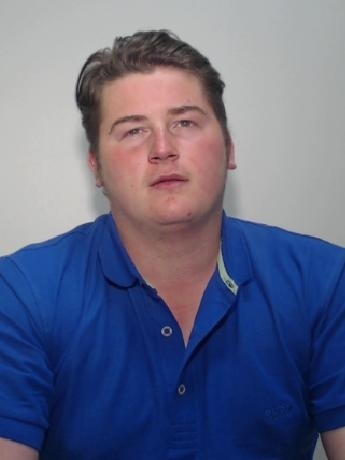 Ryan Howley (14/02/94) of Todmorden, pleaded guilty to inciting a child to commit sexual activity and attempting to meet a child following sexual grooming at an earlier hearing.

Between November 2014 and April 2015 Howley separately contacted children who were aged between twelve and thirteen in the Rochdale and Todmorden areas using messaging on social media He was aware of the children’s age and sent them numerous sexual messages He asked them to go shopping with him, or for a drive. In one message he asked a twelve year-old girl to send an indecent image of herself to him but the girl refused. He continued to contact the children even when they asked him to stop.

Howley also followed children down the street in his car and approached a twelve year old girl asking her to have sex with him. The children told their parents and police were alerted.

Howley was arrested on 23 June 2015 by the Rochdale Sunrise Team.

Detective Sergeant Julianna Barker said: “Howley knew the girls were underage yet he continued to pursue them. I would like to commend them for doing the right thing telling their parents.

“Thanks to their bravery in supporting our investigation, we have been able to build a successful prosecution which has resulted in Howley being jailed.

“We are committed to tackling child sexual exploitation in the area and protect our children.”

The Sunrise team falls part of Project Phoenix, a multi-agency response to CSE across the whole of Greater Manchester. The project brings together police, local authorities, NHS and third sector organisations, using their collective expertise to safeguard vulnerable young people at risk of exploitation and target those who would try to exploit them.