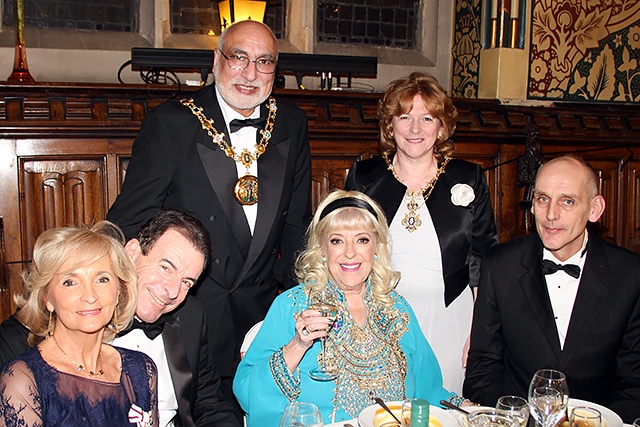 Rochdale Town Hall was buzzing with talent from around the borough for the Mayor’s annual Charity Ball last night (Saturday 12 March).

Mayor and Mayoress Surinder and Cecile Biant gave their chosen charities a big boost by raising several thousand pounds at the event. At the end of their year of office all proceeds will be added to other funds already raised and shared out between Springhill Hospice, Petrus, Rochdale Deaf Children, Pakeeza Womens Group and Shopmobility.

Mayor Biant said: “We are awarding some special people tonight, who are the sons and daughters of Rochdale, and they deserve these awards for the work they have done in the borough.

“We hope to raise as much money as possible for the charities that mean so much to us and do such good work in Rochdale. It has been a very exciting night.”

Rochdale Online Director John Kay co-hosted the ball, he said: “This event is exceptional and very important because it is showcasing not only Rochdale, but all of its adjourning boroughs for the wonderful work that is being done. I am very happy to be a part of the night and I am pleased with the great turnout.”

One of the "special people" who received an award from Mayor Biant was 11-year-old Olympic medalist Adam Kelly.

Councillor Peter Rush, who hosted the awards, said: “At 11 years old, Adam is the youngest person to be selected to swim the special olympics and won three gold and two silver medals in his first competition. Adam has competed at national level in open water swimming, romping home to win gold in his first event. Adam was chosen as Rochdale’s disabled sports achiever in 2015.”

Julie Goodyear, who is famous for her 25-year role as Bet Lynch in Coronation Street, also won a Mayor’s award.

Lisa Stansfield was unable to attend the event due to playing a show in Poland, but will later receive an award at the Town Hall.

Rochdale MP Simon Danczuk attended, he said: “Surinder is a fantastic Mayor and he has done incredible work for Rochdale. I am actually very proud to be here tonight.”