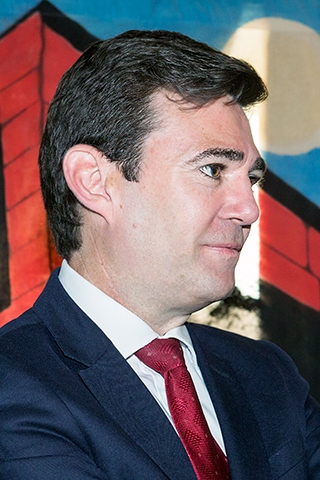 The Mayoral candidate, Andy Burnham, criticises an ‘out-of-touch Westminster’ for promoting owner-occupation and not investing in other forms of housing as he sets out three policy priorities.

Mr Burnham blames the current problems of high rents, poor quality homes and inflated house prices on the sale of council housing, an unregulated private-rented sector and a failure to build new homes.

In a post for his campaign site, the MP announced he will re-negotiate the devolved £300 million housing fund to provide loans and guarantees for local authorities and housing associations to expand public housing stock and build affordable homes.

He raises concerns that the Government limited the fund to commercially-led housing and that it loans to large companies for city-centre and luxury developments.

Mr Burnham says that a small proportion of the new homes will be 'Rent-to-Own' - available on a long-term lease to people under-35.

He confirmed he will establish a 'Community Buy-Back Fund', supporting councils to buy out private landlords who fail to maintain properties in a bid to expand housing stock, bring down rents and turn around struggling neighbourhoods. He will ask the Government for savings to the Housing Benefit bill to be returned to the Greater Manchester Housing Fund.

Mr Burnham will ask Ms Abrahams to consider extending the model used by Compassion in Action in Leigh, where he is a patron, which gives people housing security and other support to turn lives around.

He blames increased homelessness in Greater Manchester on the 'bedroom tax' and government polices as he uses figures from one local council to show a 400 per cent increase in the number of people needing homelessness advice in the last two years - from 200 people per quarter to 1,000.

Mr Burnham said: "A secure place to call home is one of the most basic human needs of all, but that security is something thousands of people are having to live without.

"My policy aim would be simple: a decent and affordable home, either to rent or to own, for everyone in Greater Manchester.

“Short-sighted policies have left us with a dysfunctional housing market that fails to meet people's needs. Worst of all, when we go into our town centres and city-centre, we can once again see increasing numbers of people huddled in the doorways - the surest of all signs that we have a majority Tory Government in power.

"The scourge of absent, private landlords bedevils much of Greater Manchester too - many never visit our area and don't care about the state of the properties they rent out. They only care about the rent cheques they keep raking in.

“I want Greater Manchester to show the rest of the country that a society based on compassion, security and social justice makes economic sense too. If we give all people the bedrock of an affordable home, the chances are they will go on to contribute much more to society.”