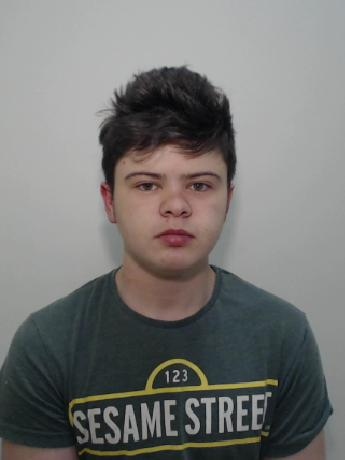 Jake Moore has been jailed after he sexually exploited three children in Rochdale.

Moore (27/07/97), of Birch View, Rochdale, pleaded guilty to eight counts of sexual activity with a child.

He was jailed for four years and six months at Manchester Minshull Street Crown Court and was ordered to sign the sex offenders register indefinitely. He also received a seven year sexual harm prevention order.

In February 2015, detectives from the Sunrise Team in Rochdale launched an investigation into the sexual abuse of a 13-year-old girl.

They discovered that in summer 2014 when Moore was 17-years-old, he had met his victim over Blackberry Messenger (BBM) and, despite knowing her age, pursued the girl and groomed her into having sex with him.

Early concerns were raised to the police and Moore was advised by several agencies about the contact with the girl. Police later learned that he had continued to groom her and this led to his arrest. As a result of the police and multi-agency work, it was shown that Moore had sexually abused the girl for over a year.

Through investigation into his mobile phone, police identified two more victims which led to further convictions of sexual offences against a 13-year-old girl and a 14-year-old girl.

Detective Constable Ben Harris of the Sunrise Team in Rochdale said: "Moore knew full well that his victims were under age, and even after a warning from police, he continued to pursue and abuse his victims.

"I know any case involving offences of this nature is concerning but I hope the sentence passed today will send a clear message that GMP will not tolerate any form of child sexual exploitation and we, along with our partners, will continue to support victims and investigate all reports that are made."

“It has been an extremely difficult time for the victims and their families and we would like to thank them for their support and hope that they gain some closure from this sentence.”

Please visit www.itsnotokay.co.uk for information for children, young people, parents, carers and professionals on how to spot the signs of child sex exploitation and what to do about it.