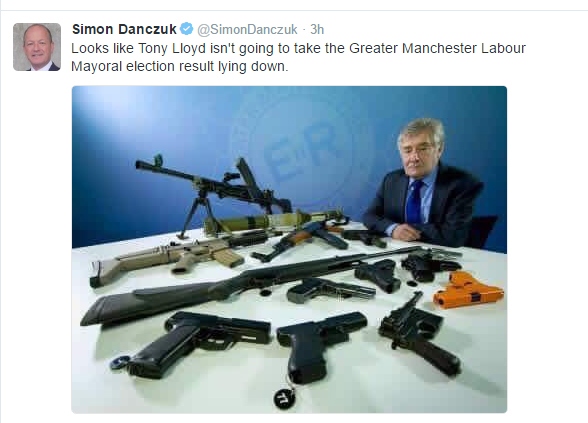 Social media has exploded with people furious with Mr Danczuk, who believe the 'joke' to be “very bad taste” considering the recent murder of Labour MP Jo Cox, who was shot dead in her constituency, and the gun-related terror attacks taking place in Europe.

Local Liberal Democrat leader, Councillor Andy Kelly said: "It is especially insensitive when you consider that it has only been weeks since the death of Labour MP Jo Cox.

"This 'tweet' is an affront to anybody affected by gun crime and another sign that Rochdale's MP has completely lost the plot.

"Danczuk has now cemented his place as the most toxic, lurid and mercenary politician in Britain.

"I would now ask whether the local Labour Party, led by Council Leader Richard Farnell, will finally condemn him?"