Two decades of charitable successes at the Mikoroshoni Primary School 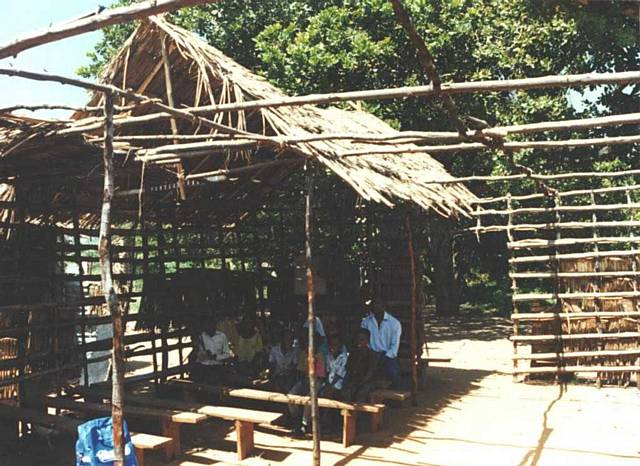 A group of ex-teacher friends have been looking back on two decades-worth of charitable successes at the Mikoroshoni Primary School (MPS) in Shanzu village near Mombasa, Kenya.

John and Yvonne Brooker, from Middleton, originally travelled to Mombasa with friends John and Pat Lloyd from Stoke on Trent in August 1996 for a holiday.

However, after they went to see the local primary school, they ended up donating their holiday funds for a roof for the school building and eventually established “The Friends of Mikoroshoni Primary School (FMPS)” Charity in March 2000.

The school was a roofless shack when the four friends discovered it, but it is now a two-storey building with running water, flush toilets and electricity which has seen some of its students move on to college and even university.

MPS students have also gone on to higher education thanks to the help of Solomon Mutungi, a man who became friends with the two couples after they met through their Rotary Club connections in Mombasa.

“He has been our linchpin and a champion for our students. “

Sponsorships from organisations such as The Peter Carr Charitable Trust have also helped 23 of Mikoroshoni’s pupils to go on to Secondary School. Four of those have completed college courses and five more have gone on to University, one of whom is studying Law at Nairobi University.

FMPS also has a feeding programme for its students, sponsored by London-based International Law Firm Eversheds, which provides a daily meal for almost 300 students.

During their 20 years as trustees, they have raised funds for running costs and building work to expand the school. The four friends return for a few weeks every August to oversee the projects, and since retiring have visited twice a year.

Mr Brooker added: “Looking back over these 20 years I am amazed at what we have managed to achieve. MPS wouldn’t be thriving and changing the lives of so many children without the fantastic support we have received from various companies, organisations and individuals.”

Now entering their early 70s, the two couples want to pass on the baton to ensure the school’s long term future. The six new trustees are all younger than the original four.

The Friends of MPS is a small non-profit UK registered charity (1085334). It is based primarily in Middleton, Manchester and Stoke-on-Trent, Staffordshire UK, and has grown from four trustees in 1996 to ten trustees in 2016.

MPS needs at least £35,000 per year to cover all wages, equipment, food, and school maintenance and is looking for organisations, corporate sponsors, businesses and charitable trusts that can support the development of MPS for the benefit of future generations in the area.

Read more about the teachers’ charitable journey at:

For more information or to contact the charity, visit:

...or email news@rochdaleonline.co.uk and we will pass your details on to John Brooker.