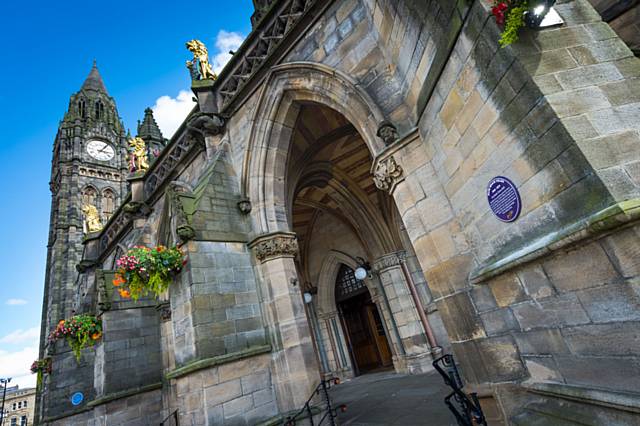 The final plaque of the Gracie Fields heritage trail has been unveiled at Rochdale Town Hall.

The eight plaques mark key locations in the life of the entertainer, who was believed to be the highest paid actress in the world in the 1930s.

The eight-plaque trail is part of a wider project to give the late Rochdale-born star greater recognition in her home town.

Councillor Richard Farnell, leader of Rochdale Borough Council, said: "Gracie Fields rose from humble beginnings to become an international superstar on the back of sheer talent and hard work.

"It's hard to underestimate the impact she had and it's about time she was properly recognised in her home town."

He added: "This is our chance to show the world how proud we are of her."

A statue in her honour, designed by sculptor Sean Hedges Quinn, will be unveiled outside Rochdale Town Hall at 1:00pm on 18 September.