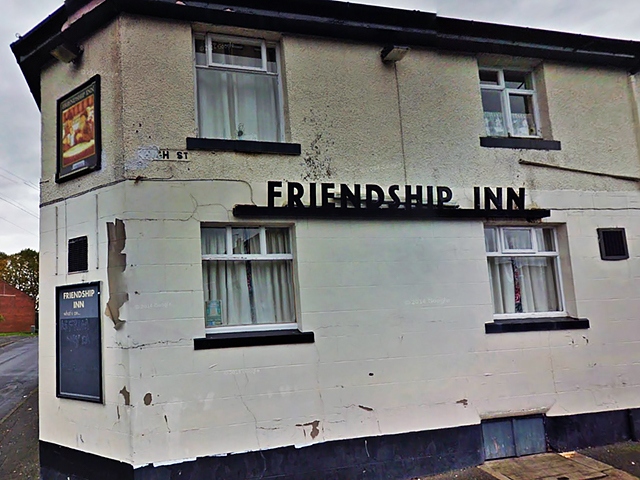 A murder inquiry has been launched after a man who was stabbed outside the Friendship Inn pub in Cheapside, Middleton died.

The 27-year-old suffered multiple stab wounds in a mass brawl, which involved a group of men and women, shortly after 11.30pm on Friday (14 October 2016). He was taken to hospital but later died.

Detective Chief Insp Jamie Daniels said: "We continue to appeal for information from anyone who witnessed the attack and we are particularly reaching out to people in the community who might not normally want to talk to the police.

"The loss of any loved one is heart breaking but for the victim's family and friends to lose him to an act like this must be unbearable and I would ask anyone with knowledge about the incident to think about this, to do the right thing and get in touch with us.

"We are particularly interested in speaking to a man who is described as around 21 years old, white, of medium build and was believed to have been wearing a grey T-shirt and shorts."