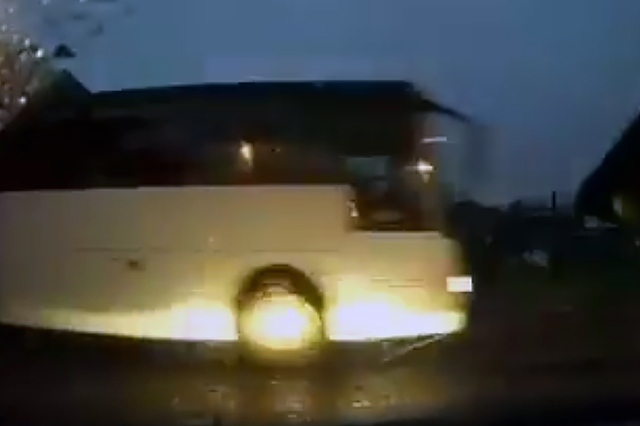 A reckless coach driver was caught on film speeding through the junction between Rochdale Lane and Brierley Street in Heywood on Saturday (29 October) at 5.30pm.

Steve Allen, who captured the incident on video, said: “I just want to find out which company it belongs to so I can tell the manager to get his drivers checked.”

The coach has not been identified.

Anyone who has any further information should contact Greater Manchester Police on 101.