You are Here: Home » News » News Headlines » Foundation in memory of Stephen Gartland to raise awareness of male suicide 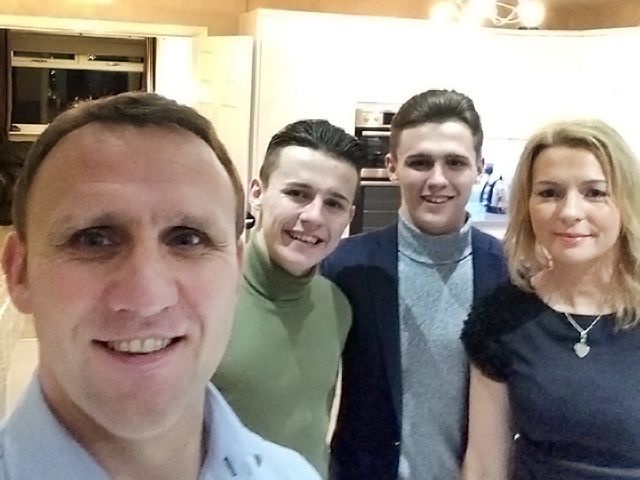 Stephen Gartland’s son, Bradley, has launched a foundation in memory of his father, encouraging men to speak out about their problems and to give back some of his father’s generosity to the local community.

Stephen, took his life in August this year, aged just 45, after suffering with depression.

The aeronautical engineer, also known as ‘Garty’, played rugby league for Rochdale Hornets, Swinton Lions and Oldham Roughyeds. He also coached the ‘Garty’s Boys’ youth side at Mayfield, where he had also played for the open age first team.

Bradley, from Lowerplace, said: “My dad was such a thoughtful, generous and caring man who gave up a lot of his time to help others. After he took his own life, it left a massive hole in everyone’s hearts.

“He was a man who was full of inspiration and he was the live and soul of the party. For this to happen to such a happy, outgoing and passionate man just shows how powerful depression can be.

“Dad became ill with depression earlier this year. I remember watching him on karaoke this year just like he didn't have a care in the world.

“We are such a close family that would always be open about anything but Dad never felt that it was okay to talk about how he was feeling because he was too proud.”

The foundation seeks to contribute towards raising funds for local rugby clubs to purchase new kit, and to aid medical treatment costs for ill children.

It also aims to contribute towards Andy’s Man Club, a group where men can talk about their problems in a safe environment and speak with others who have faced similar situations.

Bradley, a 20-year-old biomedical science student, became involved with the group to raise awareness of the high numbers of men who commit suicide. He hopes for Andy’s Man Club to be accessible to all men across the UK. There are currently two in Halifax and Hebden Bridge.

He said: “It’s frightening how high the numbers are, yet mental health and suicide get very little attention.

“42% of men aged 18-45 have considered suicide as an option. The single biggest killer of men under 45 is suicide. Around 4200 men, (one man every two hours), a year are taken from this world and their families by suicide.

“It is vitally important that men feel comfortable to talk about their feelings and issues.

“People might look like they are okay on the outside, but they might be facing so many different problems on the inside. Never take for granted that people feel okay.

“I want it to change for other people, so they don’t have to go through what my dad did.”