You are Here: Home » News » News Headlines » Shouts of ‘disgraceful’ as councillors vote themselves a massive 34% increase

Shouts of ‘disgraceful’ as councillors vote themselves a massive 34% increase 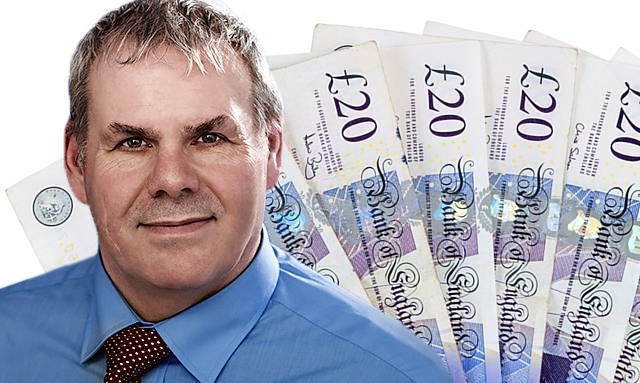 Shouts of ‘disgraceful’ from members of the public filled the Council chamber at Wednesday night's council meeting as only two councillors voted against the 34% increase to their allowances.

Councillor Sheerin said: “It is a difficult subject. We do have the conscientious option to refuse the decision and it’s wrong to impose it. I will not be accepting and this is a personal decision only.”

Councillor Rashid said: “It’s a personal thing if someone takes the increase but I will not be taking a single penny of the increase.”

Councillor Christopher Furlong, whilst absent from the Council meeting, had previously said he would not accept a rise. He said: “I will be refusing the rise and will ask the council chief executive to ensure my allowance is pegged to its current rate.”

Finance portfolio holder, Councillor Allen Brett declared he would not be accepting all of the increase. He said: “Individual councillors can accept the recommendations made by the panel or they can refuse all or part. I will not be accepting some of mine.”

Councillor Ashley Dearnley moved an amendment to the motion for the Council to take steps to review the number of councillors and reduce the numbers by a third, giving Rochdale 40 councillors rather than 60.

He said: “I’m pleased that it will be taken seriously to reduce the number of councillors by one-third, which will reduce the budget by more than £200,000. This would save significantly more than the proposed increase and I look forward to seeing this carried out to save council taxpayers’ money.”

In response, Councillor Kelly said: "This will take years to go through, if it ever does. Any rise in allowances should only begin once councillors are reduced - this won't happen though."

Councillor Andy Kelly raised profound applause from the public gallery when he opposed the motion and said that ‘less than 24 hours ago, Bradford Council voted against even a 1% pay rise’ and that ‘the public won’t let them forget this at the next election in 2018’.

Councillor Kelly requested a named vote, which requires at least ten councillors to agree, but it was rejected. He responded by saying he would be sending a letter to Chief Executive Steve Rumbelow.

Leader of the Council, Councillor Richard Farnell, whose allowances will now rise by 51%, said: “We have to accept the recommendations made by the panel or we’re not letting the panel do its job. It’s no matter for councillors to set their allowances. We have to support the procedure in place.

“It’s a logical view of our allowances and it’s our duty to accept.”

Asked to comment after the meeting closed, Councillor Farnell barked: "You were in the meeting weren't you? Take what was said there."

Local Lib Dem Leader Councillor Andy Kelly said after the meeting: "I'm appalled and disgusted, at a time when Labour are axing services for the most vulnerable they embark on one of the biggest percentage pay rises ever seen at local government level... ever.

"I made my feelings clear to the panel but it seemed to be destined to go through from the start. There seemed to be a will to make this happen not just from the Labour political leadership but the Conservative opposition.

"To say I am furious is an understatement. I have never, ever been more ashamed to be involved in politics.

"I am pleased that only the Liberal Democrats stood up for the views of local people and will continue fighting this decision through the Local Government Ombudsman. I have concerns about the criteria they used to make this decision and about the appointment of the independent panel that made these recommendations."

Councillor Kelly and former Council Leader Irene Davidson formally presented letters to the Council Chief Executive informing him that they will not take any rise in allowances.