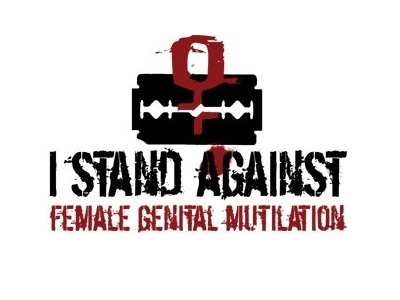 I Stand Against Female Genital Mutilation

FGM involves the partial or total removal of the external genitalia or injury to the female genital organs whether for cultural or any other non-therapeutic reasons.

Although illegal in the United Kingdom, 530 reports of FGM were made to health professionals in 2016 by females in Greater Manchester and many women are forced to live with the long term impacts of the procedure, including gynaecological problems and mental health issues.

Due to the ‘hidden’ nature of the crime, the true number of victims is unknown.

As part of International Day of Zero Tolerance for FGM (Monday 6 February), Greater Manchester’s leaders are speaking out.

"Female Genital Mutilation is an abhorrent crime and one that we will not tolerate in our region.

"This announcement shows how seriously we take FGM, but is only a small part of the effort undertaken by the Greater Manchester FGM Forum and local authorities to rid our region of this issue and support survivors and affected communities.

"I would urge anyone affected by FGM to come forward and tell the police or another public agency.”

The Greater Manchester FGM Forum leads regional efforts to combat FGM, and is supported and governed by the Police and Crime Commissioner. It brings together multiple public agencies and voluntary organisations to combat the practice, support victims and provide a robust and consistent response for victims across the region’s public services.

Working together, the region has reached many milestones, including the publication of a Greater Manchester FGM strategy and the development of the Guardian Project - a support service for professionals and young people.

Jaria Hussain-lala, Chairwoman of the Greater Manchester FGM Forum, said: ”FGM is a deeply harmful cultural practice that can cause immense damage to the wellbeing of women and girls. I am very proud that we are to become the UK’s first city region to have zero tolerance for FGM.

"Greater Manchester agencies have been at the forefront in addressing this sensitive and complex issue for many years, but there is still much more to do.

"Survivors/victims and professionals across Greater Manchester can contact the Guardian Project to find support and advice about FGM on 07449651677 or email them at guardian.project@outlook.com.”

One of Greater Manchester’s most high-profile efforts to combat FGM is Operation Limelight, which takes place every summer at Manchester Airport. The multi-agency operation sees Greater Manchester Police, Border Force, the Airport, partners and charities speak to holiday makers to assist victims and those who wish to report concerns about FGM.

Detective Chief Inspector Myra Ball, from Greater Manchester Police, said: “This declaration sends a very clear message to anyone inflicting this procedure on a child or carrying it out themselves - we will absolutely not tolerate this horrific crime here in Greater Manchester.

"It’s also really important that we get people talking about this. Too often, people don’t even want to say the words female genital mutilation and we need to break this taboo in order to best support victims.

“FGM carries a maximum sentence of 14 years in prison and we will work with our partners and support organisations to do everything that we can to prevent and stop them to keep children safe. We do need the public’s help in doing this though.

"FGM legislation sets a mandatory duty for health, social care professionals and teachers to make a report to the police, and I would like to encourage those who sit outside this category to please come forward with any information, speak to either us or one of our partners so that we can offer support and advice.”