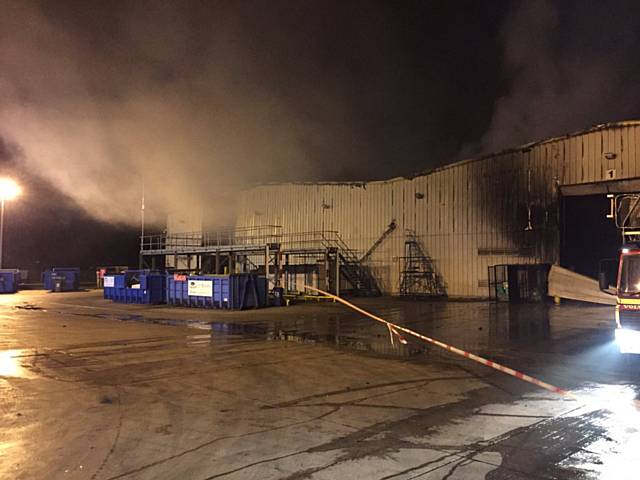 Fire at a recycling plant in Chichester Street, Rochdale

A fire at the recycling plant on Chichester Street, Rochdale in the early hours of Saturday (8 April) morning was tackled by firefighters wearing breathing apparatus and using ground monitor jets and aerial platforms.

At the height of the blaze there were 10 appliances at the scene.

Four pumps and two aerial appliances remained at the scene throughout the day.

People who live in the area were advised to keep doors and windows closed as a large quantity of thick black smoke was discharged over Rochdale and the surrounding areas.