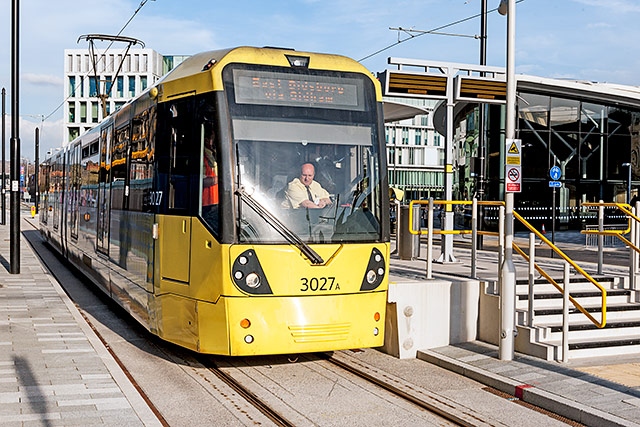 A staggering 93 new pieces of music, song and spoken word tracks - one for every stop on the Metrolink tram network - will be created as part of a unique anniversary project in Manchester.

Over 900 adults and children, including members of Oldham Theatre Workshop, will take part and work alongside professional musicians and facilitators from The Bridgewater Hall as part of the event.

The creative project aims to reflect the diverse communities across Greater Manchester and how lives have been changed by the tram, with each of the 93 tracks created by the members of the community and showcasing the area and activities around each individual stop.

TfGM's Head of Metrolink, Danny Vaughan, said: "This project, like Metrolink and like the Bridgewater Hall, is ambitious, innovative and exciting. To see a project so inclusive and uniquely focused on celebrating our diverse and dynamic communities is really quite special.

"I'm delighted to be partnering with the Bridgewater Hall in our silver jubilee year and look forward to seeing the fruits of everyone's labour. I'm especially excited that this will not only culminate in a gala concert at the Bridgewater Hall in July, but that some of the music created will feature across the network throughout the summer, for customers and the public to enjoy."

The majority of the groups will be selected by The Bridgewater Hall and TfGM and will include schools, community groups and arts organisations however there will also be an opportunity for the general public to take part through a public ballot.

The project involves recording artists, composers and other talent with links to Greater Manchester and will culminate in a gala concert at The Bridgewater Hall, pop-up performances on the Metrolink network and a digital archive of recordings of the 93 new tracks.