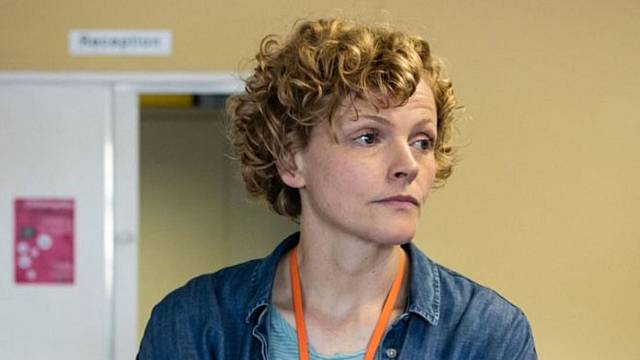 ‘Three Girls’, a three-part BBC One drama series based on the sexual abuse and grooming scandal in Rochdale, is set to air on Tuesday 16 May.

The drama is based on the true stories of victims of sexual abuse which was brought to light in 2012; nine men of Pakistani and Afghan origin were found guilty of child sex charges after targeting vulnerable girls in Rochdale and Heywood.

All of the victims were under-age white British girls, and accusations were made that the authorities had failed to thoroughly investigate the issue amid fears of being accused of racism.

Over the course of several years, the victims, who were aged between 13 and 17, were systematically raped and abused by the group. Displaying classic grooming behaviour, the men plied their young vulnerable victims with alcohol, food and money in return for sex.

On some occasions the girls were beaten if they didn't agree to have sex and on others they were so drunk that they didn't know what was being done to them.

The men, most of whom knew each other, would pass some of the girls around between them and even paid some of the victims to bring them new girls.

In March 2015, following the publication of an internal report, the Assistant Chief Constable of Greater Manchester Police issued an apology to victims of the scandal, saying “mistakes were made”.

‘Three Girls’, made with the full cooperation of the victims and their families, aims to tell the victims’ stories; how they were failed by authorities directly responsible for their protection and how the abuse impacted on their lives. The girls, Holly, Ruby and Amber are portrayed by Molly Windsor, Liv Hill and Ria Zmitrowicz, respectively.

Sara Rowbotham, portrayed by Maxine Peake, played an instrumental role in getting the girls’ voices heard after she spent years recording and reporting cases of child abuse as a sexual health worker for Rochdale Crisis Intervention Team before she was made redundant. She is now a Labour councillor.

Gail Hopper, director of children's services at Rochdale Borough Council, said: "Child sexual abuse and exploitation affects every area of the country in many forms. In Rochdale, all agencies accepted their part in letting down children and young people and agreed to take action to ensure that no similar failures happened again. We can demonstrate that has happened.

“We have worked hard to raise awareness across organisations to train practitioners, put the right systems and support in place to ensure that more offenders are caught, children are safeguarded and people from all walks of life better understand how to recognise, prevent and deal with abuse.

“Our multi-agency team, Sunrise, along with other specialist teams in Greater Manchester Police (GMP), have helped to bring offenders from historic and current cases to justice, resulting in more than 200 years of jail sentences being handed down since 2012. Rochdale is now seen as an area that others can learn from and we regularly share our knowledge and experience with professionals from other parts of the country.

“Greater Manchester’s It’s Not Okay campaign has helped to develop and improve quality working across the region by setting consistent standards, measuring performance, communicating messages and building on innovation that is widely shared.

“We remain resolute as a partnership in Rochdale to work together to share information, expertise and best practice in tackling child sexual exploitation, as well as safeguarding and promoting the welfare of children and young people. Everyone should stay alert to the signs that young people in any area can be exploited. We encourage those with even the smallest piece of information or concern to share it with police or their local child sexual exploitation team."

In May 2012, the group were convicted and charged at Liverpool Crown Court with offences including rape and sexual assault, conspiracy to engage in sexual activity with a child and trafficking a child within the UK. They were all ordered to sign the Sex Offenders’ Register for life and received sentences ranging between four and 19 years in prison.

Ringleader Shabir Ahmed was given a 19-year sentence and also jailed for 22 years concurrently in July 2012, for raping another child 30 times over a decade.

As of February 2017, Ahmed and three other gang members Adil Khan, Abdul Aziz and Abdul Rauf, were facing deportation to Pakistan after five different appeals were dismissed. They had challenged government moves to strip them of their British Citizenship, with three arguing the Government had failed in a duty to safeguard and promote the welfare of their children.

Three Girls will air on BBC One at 9pm on Tuesday 16 May.