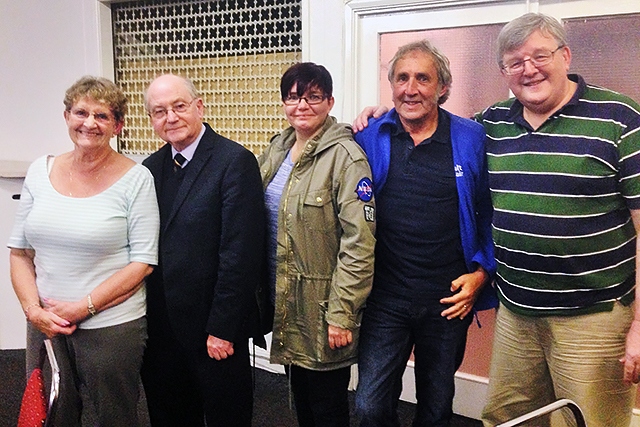 Ms Hughes spoke about her long-standing campaign against the Tories' 'welfare reform' of the social security system and its devastating consequences for many claimants and their families.

She also spoke about the rise in the number of UK foodbanks and about flilm Director Ken Loach, who drew on the campaigner's knowledge and experience for his award-winning film 'I Daniel Blake'.

Gerry O'Gorman, Castleton Branch Secretary, said: "Members found Charlotte's visit very informative, moving and inspiring and I intend to ask Charlotte to return to Castleton for a special screening of 'I Daniel Blake' later in the year."

Councillors Jean Hornby and Billy Sheerin said they hoped to draw on Charlotte's expertise when dealing with constituents concerns about ongoing changes to the social security system.