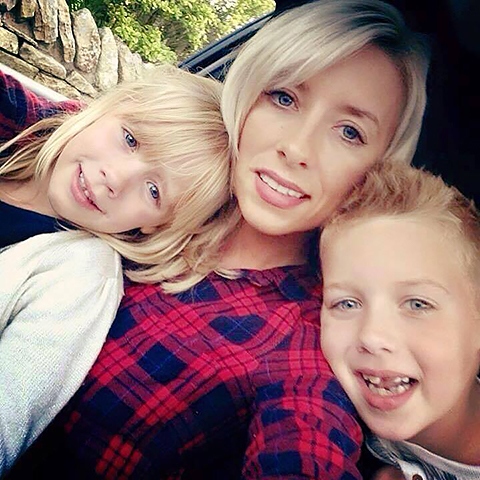 Samantha Smith with her children

Rochdale-based company Hanson Springs has donated £1,720 to the Save Samantha fund, following a raffle for the company’s annual trip to York races.

Director John Hanson said: “Like most people in the town, we have been following Samantha's story via social media and felt we needed to do something to help out.

“We decided to hold a raffle a few years ago to try to give something back to the community.”

Since the company’s 50th anniversary in 2013, employees and guests have attended York races, where a raffle has been held in recent years to give back to the community. Other causes the company have donated towards include Springhill Hospice and Molly Howarth, a local girl who underwent proton beam therapy to treat brain cancer in America.

The Save Samantha fund was started earlier this year after Samantha, a mother-of-two from Smithy Bridge, was in a race against time as her brain and spinal cord were being crushed under the weight of her own skull.

She was diagnosed with Ehlers Danlos Syndrome (EDS) in December 2016, a genetic condition where connective tissue holding the body together is faulty and too weak. Affecting around one in 5,000 people worldwide, it causes extreme widespread pain, daily dislocations, cardiac abnormalities and multiple other illnesses.

Since then, Samantha, a psychotherapist, has undergone two risky neurological operations to stabilise her neck and back using bone marrow from Sam’s hip mixed with crushed bone to fill in the space in her neck and cervical spine.