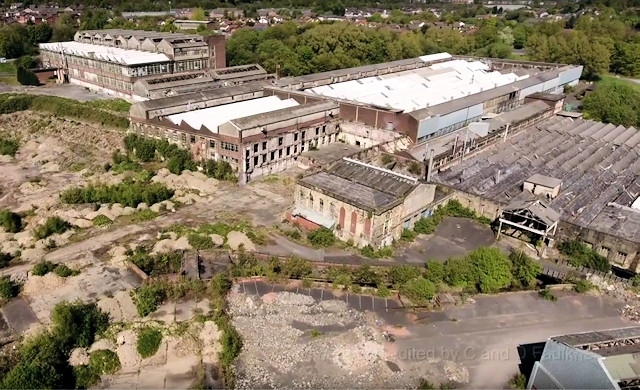 Testing took place at various locations around the site on a monthly basis between August 2015 to March 2017 and was split into in two phases using two different types of analysis.

Locations were agreed by the council in agreement with Bureau Veritas after considering factors such as wind direction, ease of access, and whether nearby residents were willing to host a monitoring station.

In the first phase, one asbestos fibre containing ‘brown’ and ‘blue’ asbestos was identified from a sample taken at Harridge Avenue on 16 February 2016.

Man-made mineral fibres are typically used for insulation purposes and are not carcinogenic.

Andrea Fallon, Rochdale Borough Council’s director of public health and wellbeing, said: “The results from the council commissioned monitoring of airborne asbestos fibres around the perimeter of the former Turner Brother Asbestos site are now available to residents.

“The results from the independent monitoring of airborne asbestos fibres at the site have been reviewed and we did not find any evidence of any significant risk to the health of those residing in areas surrounding the site. The report has been shared with Public Health England (PHE) who fully support these findings.”

A letter and a copy of the results will be distributed to nearby residents on Monday (25 September). The results of the air monitoring test will be discussed at the Spotland and Falinge area forum at 7pm on Monday 2 October at Spotland Methodist Church.

Results of the geophysical land survey are still yet to be announced. The survey, which was carried out by environmental consultants RSK on behalf of the British Virgin Islands-based owners, began in November 2016. Expected to take place for three weeks, the survey went on for four months until it was completed in March this year.

A published report detailing the full findings of the investigation has been pledged, but - six months later - no date has yet been provided.

There are over 250 articles dating back to 2005 relating to the former asbestos factory site and the Save Spodden Valley campaign in the Rochdale Online news archives.