You are Here: Home » News » News Headlines » Council Leader hits back at Lib Dem call for his resignation

Council Leader hits back at Lib Dem call for his resignation 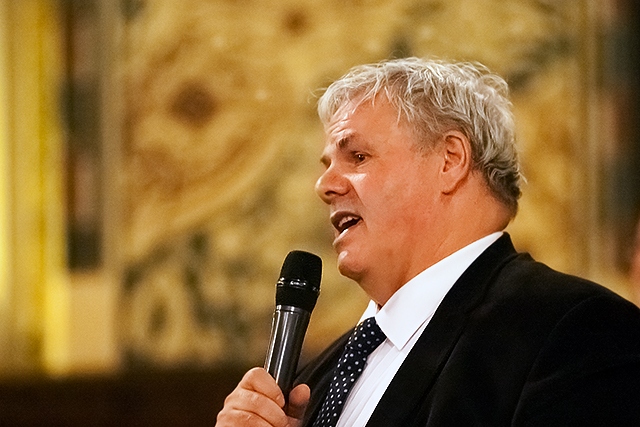 Councillor Richard Farnell, Leader of Rochdale Borough Council, has hit back following the call for his resignation by Councillor Andy Kelly, Leader of the Borough's Liberal Democrats.

Councillor Kelly has called for the "immediate resignation" of Councillor Farnell "as both leader of Rochdale Council and as councillor for Balderstone and Kirkholt" over Councillor Farnell's evidence to the government’s national inquiry on child abuse.

Councillor Farnell said: "Just how low can you get? Trying to use the tragic events at Knowl View for party political mud-slinging is appalling. We should be concerned about the suffering of the victims, not trying to score nasty political points.

"Kelly is deafeningly silent on the Liberal Democrats' appalling failure to deal with the allegations of abuse made against Cyril Smith. They knew of the allegations going back almost 40 years when it was exposed in the RAP article in 1979. What did they do? Nothing.

"It is interesting that Kelly has nothing to say about the former Lib Dem council leader and MP Paul Rowen's evidence to the Inquiry. He was told about the abuse at Knowl View and refused to meet officers to discuss it, stating he was too busy.

"And just when are the Liberal Democrats going to apologise to the victims for Smith's horrific abuse?

"Just when is Councillor Kelly going to apologise for the decision of the Lib Dem council who - despite knowing of allegations of abuse carried out by Cyril Smith - unbelievably put him on the governing body of Knowl View school?

"The Public Inquiry should be allowed to get on with its important job of establishing the facts surrounding Cambridge House and Knowl View without the political muck-raking from Councillor Kelly. Not once in his statement did Kelly express any concern or sympathy for the victims, That's how shallow he is."