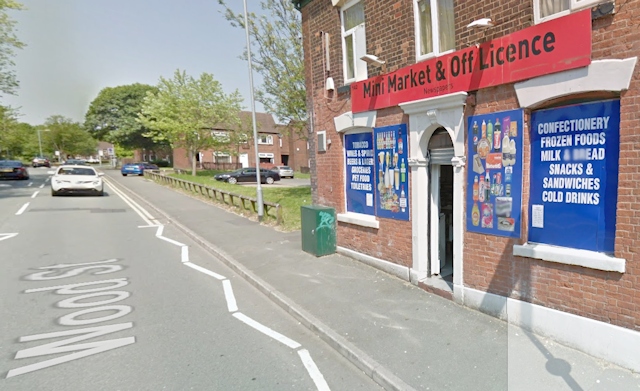 The former Who’d A Thowt It pub, Wood Street, Middleton

An investigation has been launched following the death of a man in Middleton.

At around 2.45pm on Thursday 14 September 2017, officers received reports that a man had died at a flat on Wood Street in Middleton.

Emergency services attended and discovered the body of a 58-year-old man.

A Home Office post mortem was conducted and toxicology reports confirmed he had died from carbon monoxide poisoning.

The man lived in a flat above Shop Locally, the former Who’d A Thowt It pub, and police are keen to speak to anyone who was in the shop or the area that noticed anything unusual.

In particular police would like to speak to people who were there from around 5pm on Wednesday 13 September until the time the victim died, as they may hold key information that might assist this investigation.

Detective Constable Dan Daly, from GMP’s Rochdale borough, said: “This innocent man tragically died after being poisoned in his own home – the place where you should feel safe.

“We have carried out a number of lines of enquiry and whilst we appreciate this incident happened over two months ago, there would have been a lot of police in the area at the time so it’s likely you will remember seeing this.

“I would urge anyone who was in the shop during those times to come forward and speak to police.

“Any information could prove vital as we need to establish a full picture of what happened to ensure that justice is served for this man and his family.”