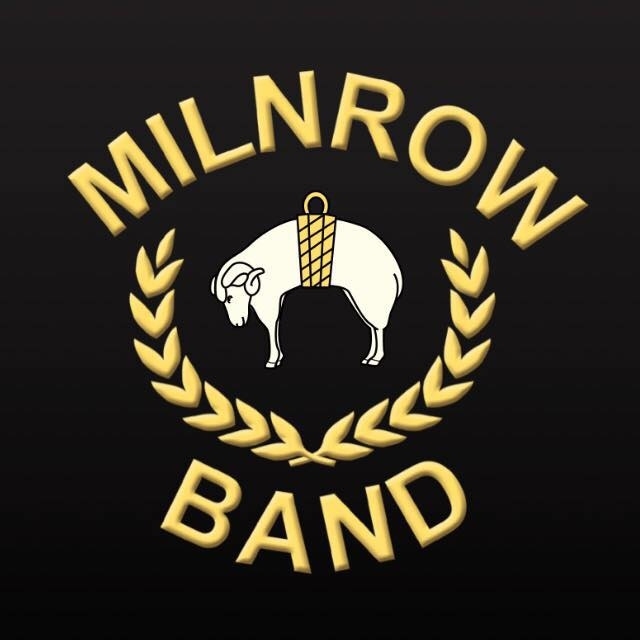 The magnificent building of Holy Trinity Church in Littleborough was the venue for an evening concert of festive themed music and carols by Milnrow Band on Saturday evening, 16 December.

It was a cold and frosty evening, but the reception given by those present to the band and supporters was warm, welcoming and uplifting.

A well-produced programme gave a potted history of the band and provided a well laid out concise programme for the evening.

The band under MD Mark Bentham commenced the programme with the fast and furious ‘Troika’ (by Prokofiev) arranged by Ray Farr. This music brought back images of a ride through the snow covered Russian Steppes as seen in various films.

In contrast the next item was a lovely cornet solo titled ‘Don’t Doubt Him Now’ beautifully played by David Gilson the bands` principal cornet.

Salvation Army stalwart composer Ray Steadman Allen was the composer of ‘At The Edge’ which preceded the first carol of the evening,’ The First Nowell’, the audience joining in with gusto.

‘Christmas Swing Along’ (Ashmore) and music from the film ‘Frozen’ (Lopez/Harper) followed, with the well-known carol ‘In The Bleak Mid-Winter’ and Jingle Bells (another arrangement by D Ashmore).

After being sustained by mulled wine, mince pies and in the case of those drivers present a non-alcoholic beverage, the band continued part two with Leroy Anderson's ‘Sleigh Ride’and the carol ‘Oh Little Town of Bethlehem’.

The next item brought to front of stage the all female tenor horn section and this trio gave a rendition of ‘Most Wonderful Time of The Year.’

Band members used their vocal chords in preference to their instruments in a choral introduction to ‘They Shall Come From The East’ (Larsson) and then ‘Rudolph The Red Nosed Reindeer’ (Howard Evans), received the usual vocal accompaniment from the audience.

The final carol of the evening, was the well-loved ‘Silent Night’, this was followed by Irving Berlin`s ‘White Christmas. (1942), The best-selling version of which is that of Bing Crosby.

The unusually named ‘Santa Claustrophobia’ (arranged Smith), provided a further singalong with such items as ‘Santa Claus is Coming to Town’, ‘I Saw Mummy Kissing Santa Claus’ and ‘When Santa Got Stuck Up The Chimney’.

The band concluded the concert with the ever popular ‘The Twelve Days Of Christmas as an encore.

Ken Watts, band president, said: “During the evening, the organisers ran a successful raffle with an excellent array of prizes

“The Church is embarking on a modernisation programme entitled ‘Project 2020’ but graciously are sharing the proceeds from this evenings concert with the band.”